18 Things You Never Knew About Qatar

Here are few facts about Qatar you probably didn’t know even if you’ve been living in the country for years.

1. Qatar is home to at least 180 nationalities.

3. Other than petroleum and natural gas, fish is also Qatar’s natural resource.

4. Qatar’s white and maroon flag used to be white and red. It is believed that the manufacturer which created the flags used an experimental red dye. When the flags were put up, they turned into a maroon colour. Therefore, Qatar decided to adopt it, becoming the Qatar red.

5. Once controlled by Bahrain, Qatar almost became part of the United Arab Emirates (UAE) in 1971. However, both Qatar and Bahrain decided to form independent nations.

6. Qatar is home to 33 people who are at least 100 years old, official statistics indicate.

7. Qatar’s National Day, a holiday celebrated on 18 December every year, is not actually Qatar’s independence day. Qatar’s National Day marks the day in 1878 that Sheikh Jassim bin Mohammad bin Thani succeeded his father as leader of the tribes of Qatar. Qatar didn’t gain independence from the British Empire until 3 September 1971. Before the Emiri Diwan decreed 18 December would be marked as the national day in 2007, Qatar celebrated 3 September as the national day.

9. Katara used to be the given name to Qatar: Since the year 150 CE, Catara was the first and most ancient name designated for Qatar Peninsula in geographic and historical maps. On the map drawn by the geographer Claudius Ptolemaeus (also known as Ptolemy) in 150 CE, published in 882 CE – 1477 CE and later in the Historical Atlas of Islam, the peoples of the Arabian Peninsula in the middle of the second century CE were identified. It also stipulated the geographical location of Qatar Peninsula under the name of Catara, North West of Gerra or near it, and to the west of the town of Cadara. The name Katara appeared in the geographical and historical maps in early eighteenth century CE. In a French map of the Arabian Peninsula coast line, sea and gulf, the name was written Katara instead of Catara, which was the designation used by geographers from the map of Ptolemaeus in 150 CE until 1738 CE. Tracking the etymology of Qatar throughout history is both useful and interesting given Qatar’s cultural and educational wealth. It was decided to revive Qatar’s olden name to uphold Qatar’s connection to ancient heritage and to honour Qatar’s distinguished position since the dawn of history.

10. Barwa is an old word in the Qatari heritage. It means the bill or document or official evidence of sale, and it is usually saved in a box or cylindrical sack used by early Qatari people to keep it and protect it from changes of fortune.

11. Al Dafna, which is the given name of the seaside district in Doha, Qatar, was literally created in the mid-1980s following a massive land reclamation project along Doha’s coastline. Therefore the district is named Al Dafna, which in Arabic, means buried.

12. The Sports Dome at the Aspire Academy in Doha is the largest sports dome in the world, standing at a staggering 290,000 sq m. Facilities within the dome include a full-sized football field and a five-a-side pitch, a 200m athletics track, an Olympic-size swimming pool and diving pool, a gymnastics hall, a sports games hall, 13 table-tennis courts, three contact sports mats, eight fencing strips and two squash courts.

14. The Corniche is a French word, meaning a road that winds along the side of a steep coast or cliff.

15. Souk Waqif, which means ‘standing market’ in English, dates back nearly a century, to a time when locals would travel to it to buy and sell fish, goats and even wool. At that time, this part of the city was the shoreline of the Arabian Gulf. On occasions, the water would rise and flood the market but the sellers would still stay and selling their products – standing. Therefore, the souk received the name Souk Waqif. Furthermore, Souk Waqif was known as Souk Al Maqbarah, which means the ‘cemetery market’ in English, as it used to be adjacent to a graveyard, which now is a parking lot.

16. You can be fined if you keep your outdoor lights on between 7 am to 4:30 pm. Remember to always turn the lights off!

17. Law #26 of 2008 forbids the misuse of drinking water – using drinking water for washing vehicles or cleaning open areas. This act can attract a fine. 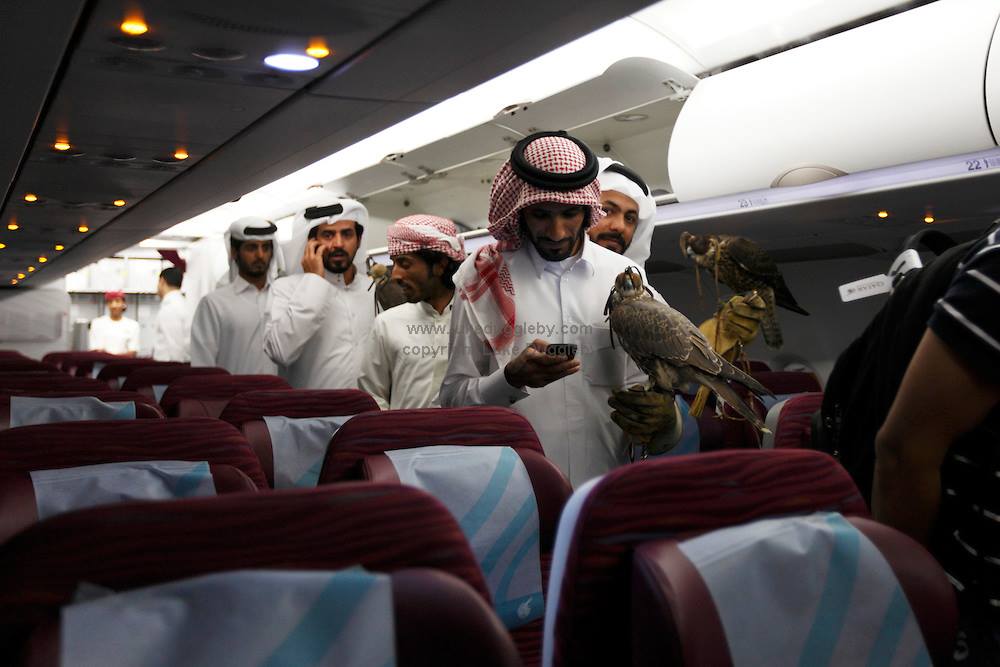 18. Qatar Airways and other Middle Eastern flights allow their passengers to fly with their pet falcons on-board in the cabin? Each falcon is charged at three times the normal excess baggage rate. As the national bird of the UAE, Qatar, Saudi Arabia and Oman, the falcon is seen as a symbol of force and courage in much of the Middle East while falconry is considered a traditional sport. It is also believed that service/guide dogs are allowed on-board in the cabin with you as well.

Do you know something about Qatar you think others don’t? Share your information in the comment box below!