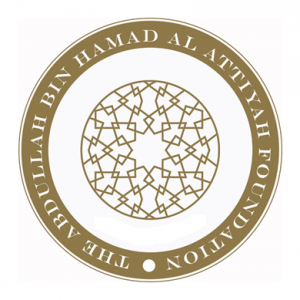 Oil prices rose 2% on Friday, 27 August, posting their biggest weekly gains in over a year, as energy firms began shutting US production in the Gulf of Mexico ahead of a major hurricane expected to hit early next week. Brent futures rose USD1.63, or 2.3%, to settle at USD72.70 a barrel, while US West Texas Intermediate (WTI) crude rose USD1.32, or 2.0%, to settle at USD68.74. That was the highest close for Brent since 2 August and for WTI since 12 August. For the week, Brent gained over 11% and WTI rose more than 10%, which was the biggest weekly percentage gains for both since June 2020.

Oil producers on Friday have shut in 59% of Gulf of Mexico crude production as the ninth-named storm of the season approached key US offshore oilfields, according to the Bureau of Safety and Environmental Enforcement (BSEE).

Oil prices were also supported by a decline in the US dollar to a one-week low versus a basket of other currencies following comments by US Federal Reserve Chair Jerome Powell. A weaker US dollar makes oil less expensive for holders of other currencies. Powell, in a speech that affirmed an ongoing US economic recovery and explained why there is no rush to tighten monetary policy and offered no signal on when the central bank plans to cut its asset purchases beyond saying it could be ‘this year.’

US oil rigs rose five to 410 this week, their highest since April 2020, energy services firm Baker Hughes Co. said. In August, drillers added 25 oil rigs, the most in a month since January, putting the oil rig count up for 12 months in a row for the first time since July 2017.

Looking ahead, OPEC+, will meet on 1 September to discuss its plan from July to raise output by 400,000 barrels per day every month for the next several months.

Asian liquefied natural gas (LNG) prices rebounded last week to their highest since January, as more spot demand emerged even as inventories remained low. The average LNG price for October delivery into Northeast Asia was estimated at about USD17.20 per metric million British thermal units (mmBtu), up USD1.70 from the previous week, industry sources said. Still, demand growth for LNG imports into China this winter is expected to be flat from the previous winter amid an economic slowdown and high gas prices, sources said. Demand from Turkey was firm too, with state energy company Botas seeking 30 cargoes for delivery over September to March, sources said. Still, several sell tenders capped price gains last week. Russia’s Novatek offered a cargo for October delivery into northeast Asia while Malaysia’s Petronas sold a cargo from its floating platform for October delivery, sources said. Oman LNG offered a cargo for delivery in late September, they added.

US natural gas futures jumped more than 4% on Friday to a fresh 32-month high on forecasts the weather will remain hotter than normal through mid-September and concerns Hurricane Ida will shut Gulf of Mexico production when it hits the Louisiana area as a major storm early next week. On its last day as the front-month, gas futures for September delivery rose 18.6 cents, or 4.4%, to settle at USD4.37 per mmBtu, their highest close since December 2018 for a second day in a row. The October contract, which will soon be the front-month, was up about 17 cents to USD4.39 per mmBtu. Analysts noted storms in the Gulf of Mexico like Ida can reduce gas prices and demand by causing power outages and LNG terminals to shut, but they can also boost prices by knocking Gulf Coast production out of service. About 2% of total US gas comes from the federal offshore Gulf of Mexico, while another 8% comes from on- and offshore Louisiana, according to federal data. With European and Asian gas both trading over USD16 per mmBtu, compared with just over USD4 for the US fuel, analysts said buyers around the world would keep purchasing all the LNG the United States can produce.

Read more about the Oil, Gas and Petrochemical industry in Marhaba’s FREE e-Guides

Swimming in Flavour and Fun at Koi Brunch in Shanghai Club!