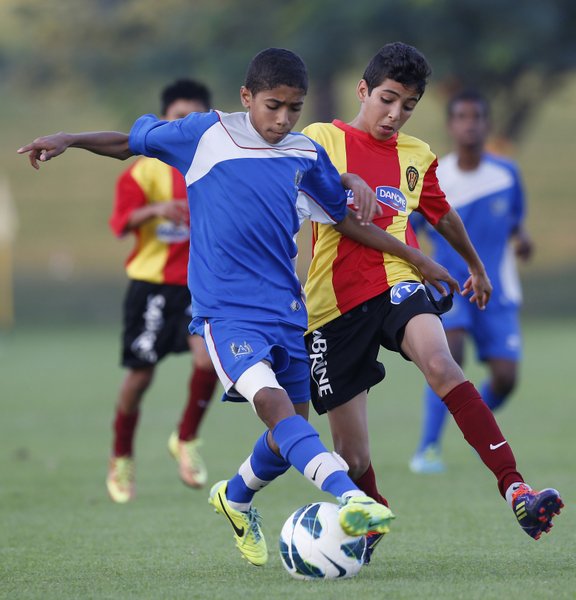 Aspire Academy has led tributes to a 13-year-old Qatari footballer, Mohamed Juma Mohammed Bakhit Rashid, who died in a road accident in Doha on Sunday morning.

Mohamed was rushed to hospital after the car, in which he was travelling in, collided with another vehicle. Attempts by medics and others to revive the teenager failed.

One of the best-regarded Qatari footballers of his age group, Mohamed has been training at Aspire Academy in Doha for two years before his death and had recently embarked on a tour of Europe with his Aspire under-14 teammates. The young right-back had been playing football since infancy and was expected to eventually feature for the Qatar national team.

Today we have lost one of the most promising young players in this country. Mohamed was a hugely talented and respectful young man. His death is a terrible tragedy for his teammates, his family and all of us at Aspire. Mohamed has left an impression that will last forever and we shall always remember the commitment he showed to his training each day.’

Aside from his footballing abilities, Mohamed was also a keen academic who had recently achieved top-of-the-class grades. Exceptionally bright and well-disciplined, the 13-year-old had a particular talent for both Mathematics and Arabic.

Mohamed was a truly talented individual and could have been a scholar as well as a footballer. This young boy was always so hungry for knowledge and information. It was a true privilege both to know him and to teach him.’

A hugely popular figure amongst his teammates, Mohamed leaves behind a long list of friends and admirers at the Aspire Academy. One of those who knew him best is 13-year-old Sa’id Salah Halabi, who played and studied alongside Mohamed at Aspire Academy. Sa’id said:

Everyone here is devastated by the news. Mohamed had a beautiful heart and was respectful to his family, his coaches and his friends. He was our friend and our inspiration – a true leader on and off the pitch. I believe his death will only make us want to work harder so that we can pay tribute to him and make him proud.’

Tragically, the car accident on Sunday morning also killed the driver and has left Mohamed’s 10-year-old brother Hassan, another promising footballer, critically injured. Hassan had recently featured in a TV advertisement for Aspire Academy in which he had talked about his respect for his hero Khalfan Ibrahim. The 10-year-old is currently in a coma and is being looked after by his family, including his father Juma Mohamed Al Ali, himself a former footballer for Al-Sadd Sports Club in Doha.

Director of Football at the Aspire Academy, Roberto Olabe, said:

Today our thoughts and prayers are with the family, friends and teammates of Mohamed and Hassan. This is a terrible tragedy and I am shocked and deeply saddened by this news. I know that all of us here at Aspire will do anything we can to assist those close to the boys.’

Mohamed was a popular, well-disciplined young man who was respected and liked by all that knew him. On behalf of the Aspire Academy, I would like to send my condolences to his family and friends. Meanwhile we shall continue to pray for Hassan’s recovery and continue to support all staff and players here at Aspire throughout this difficult time.’

Since opening its doors in 2004, Aspire Academy for Sports Excellence has become one of the foremost national sports academies in the world. The Academy is conceiving, promoting and implementing game-changing excellence in sports training and elite athlete development that is enabling an entire generation of talented, disciplined and committed individuals, both Qataris and internationals to pursue their sports dreams.

Posted On 7 September 2014
Motoring And Transportation

ROTA Kicks Off iEARN-Qatar Programme with Workshops for Teachers