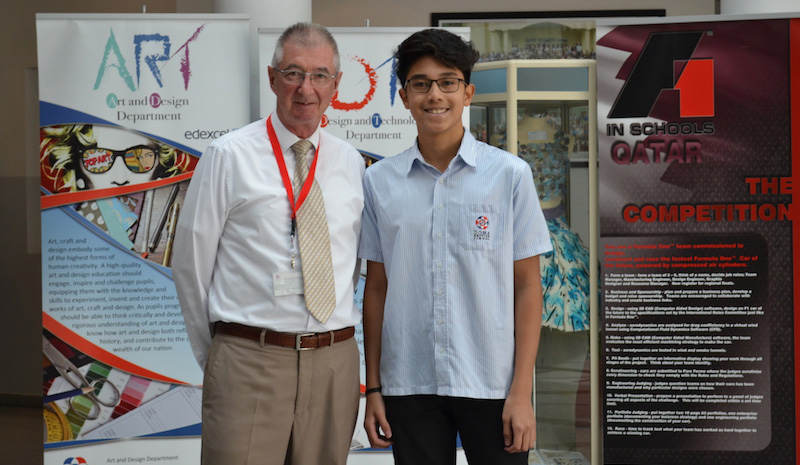 The second round of the FINA Swimming World Cup championship was recently held in Doha, featuring over 100 of the world’s best swimmers. Among the competitors include Justin Reece, a Year 11 student of Doha British School (DBS), who has been dreaming of competing at this level since childhood.

With daily swimming training for 3.5 hours (1.5 hours before school and 2 hours after school), Justin’s hard work has culminated in 50 metre freestyle and in the 50 metre backstroke where he represented his club, Elite Swim Academy. Justin has been training at the Hamad Aquatic Centre, where the FINA Swimming Competition was held.

Justin was born in Qatar and comes from an athletic family – his father is an amateur tennis player and his mother played volleyball when she was younger. Both are originally from the Philippines. Justin started his competitive swim training when he was only seven years old and has been developing his skills and technique for approximately eight years. When asked if he found the early wakeups and increased study and homework workload stressful (as he embarks upon his final year of IGSCE), he replied, ‘not really. I just love swimming‘.

For updates and more information about DBS, visit dohabritishschool.com.

Swimming in Flavour and Fun at Koi Brunch in Shanghai Club!