Under the patronage of HH Sheikh Tamim Bin Hamad Al Thani, Amir of the State of Qatar and HE Sheikh Faisal Bin Qassim Al Thani, and in collaboration with UNESCO Doha Office, and with support from Qatar Shell and Al Faisal Holding, ‘The Majlis – Cultures in Dialogue’ exhibition is moving on to its fifth stop in the National Archaeological Museum in Madrid, Spain.

The exhibition has been on a successful voyage since 2018 in destinations which include the Grandmaster’s Palace in Valletta, Malta, then at the UNESCO Headquarters and the Institut du Monde Arabe in Paris, France, and the latest at the Weltmuseum in Vienna, Austria.

This exhibition in the National Archaeological Museum in Madrid, which opened to the public on 28 September, is open for viewing until 17 January 2021.

The Majlis – Cultures in Dialogue

‘The Majlis – Cultures in Dialogue’ is a travelling cross-cultural exhibition that features a collection of the Sheikh Faisal bin Qassim Al Thani Museum (FBQ Museum) – a unique assembly of artifacts reflecting the interaction of civilisations in the past while encouraging dialogue in the present. 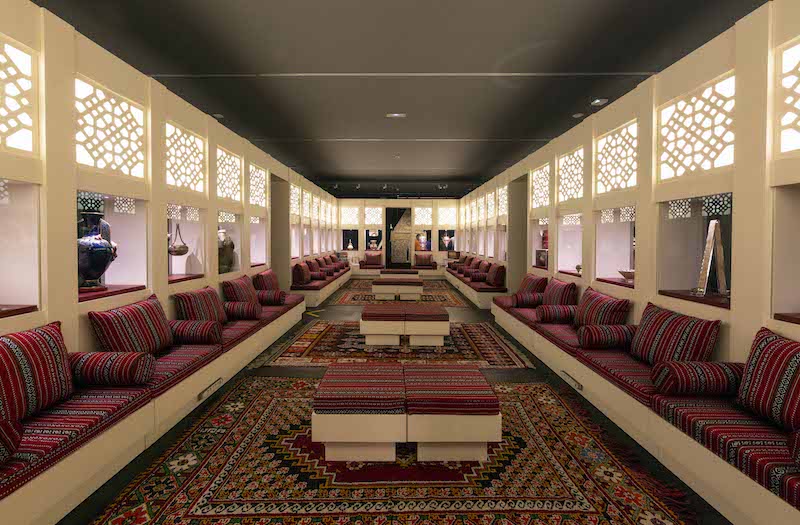 The exhibition showcases carefully selected objects that illustrate different levels of culture while expanding the horizons of our understanding of people and places and is enriched by an open space for intriguing discussions.

This exhibition aims to stimulate dialogue between cultures, religions and countries on the relevance of cultural heritage. It will be an opportunity for people to interact with stories of exchange, tolerance, inspiration, innovation and understanding that are concealed in the objects highlighted in the exhibition.

The highly esteemed National Archaeological Museum is the perfect spot for this exhibition, since it was designed to create strong and durable cultural ties while cultivating constructive dialogue between the Arab world, Spain and Europe. This cross-disciplinary space is the ideal place for the development of cultural projects, in collaboration with institutions, creators and thinkers from the Arab world and intends to make a distinctive contribution to the institutional cultural landscape. 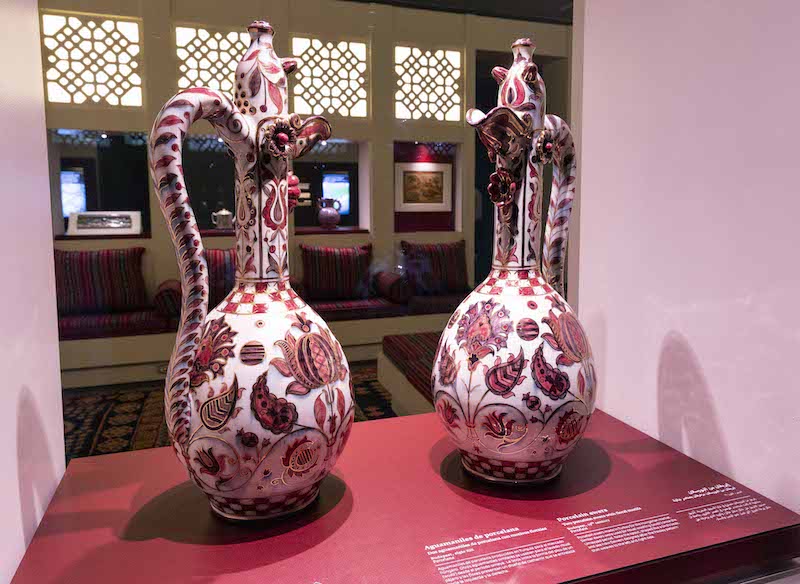 To make the next generation aware of the impressive artforms and strong culture that Qatar displays, major emphasis will be placed on making the event accessible to school children and university students.

HE Sheikh Faisal Bin Qassim Bin Faisal Al Thani, said that since its inception, the intent of the travelling cross-cultural exhibition has been to spread the message of peace, prosperity, and understanding of each other’s cultures, believing in co-existence and tolerance.

He said that with the exhibition, they want to focus on the similarities that bind us as human beings belonging to different religions and cultures. And these objectives perfectly enhanced in the artefacts, which have been selected to be displayed at the National Archaeological Museum.

It will actively serve the role of keeping alive the history, culture and traditions for the next generations, to learn and draw from, as well as help promote and sustain cultural dialogue in different countries that we will be visiting.

Ambassador of Spain to Qatar, HE Belen Alfaro said that the exhibition connects people and cultures through dialogue, and highlights cultural ties and cultural cooperation between Qatar and Spain. She said that the spirit of the exhibition enhances the Arab heritage and legacy of Al Andalus, which remains through historic buildings in cities like Granada, Cordoba and Seville.

In Medieval Spain, the School of Translators of Toledo fostered a cooperative co-existence and mutual understanding through the exchange of knowledge and educational backgrounds, and this is the substance of The Majlis – Cultures in Dialogue. The result is an enriched culture of wisdom, thought and learning.

Visitor can also learn more about ‘The Majlis – Cultures in Dialogue’ exhibition through a customised catalogue which will be available in three different languages: English, German and Spanish. The catalogue will be also available at the FBQ Museum Gift Shop.

Take Care of Your Hair at Home with Roots Hair & Beauty