When people think of Middle Eastern cuisine, the first that comes to mind is Lebanese cuisine, followed by Turkish cuisine.

Though both Lebanese and Turkish cuisines are similar, there’s no doubt that the most popular and most favoured cuisine in the Middle Eastern and North African (MENA) region is Lebanese. So what can we tell you about the ever-popular cuisine that you don’t know already? Nothing really! But in this Food File, we can tell you that there are countless Lebanese restaurants in Qatar but Marhaba helps you pick the most highly recommended Lebanese restaurants in the country.

There are a variety of dishes on a table in a Lebanese house or restaurant, the meal starts with small portions of appetizers known as mezza along with dips and salads. They may be as simple as picked vegetables or raw vegetables, hummus and bread or an entire meal consisting also of meat kebabs, grilled, marinated seafood and salads.

Lamb is the meat of choice and appears in many dishes, including kafta, in which minced lamb is rolled into sausage shapes and cooked on the barbecue or in the oven. Poultry is more popular than red meat, but lamb and goat are popular. Generous amounts of olive oil, garlic, lemons are also essential flavours in the Lebanese diet.

Lebanese desserts – there are many variations of filo pastry, combined with nuts and syrup; there are creamy sweets filled with a clotted cream called ashta plus melting shortbread sometimes filled with a date paste or nuts and much more. Sweets are generally served separately to a meal with black coffee or tea. 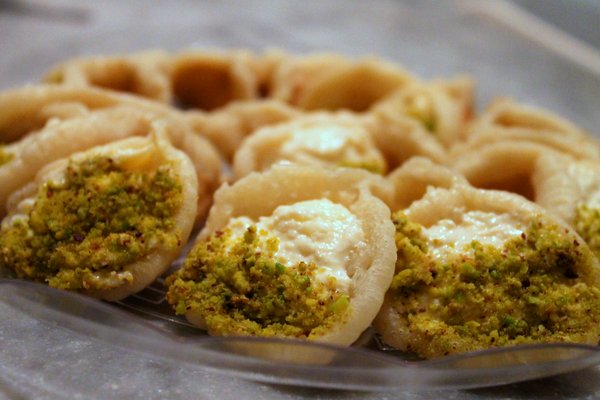 Posted On November 10, 2019
Food and Restaurants

The Award-Winning P.F. Chang’s Opens Its First Restaurant in Qatar

Ready For The Future: Choice and Opportunity

Join The Marhaba Community
By Subscribing

Want to be the first informed about the hottest news
and promotions in Qatar ? Subscribe Now !