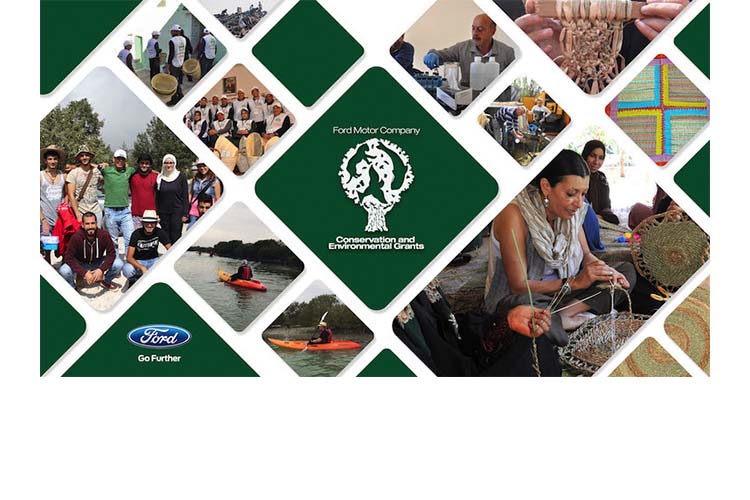 In the spirit of reconnecting with nature for World Environment Day on 5 June, Ford Motor Company announced the launch of its 17th Conservation and Environmental Grants Programme, with $100,000 up for grabs to successful entries.

Having been very well-received in the recent edition of the grants programme, two further categories will receive financial support for the winning projects: Best in Research – projects that show use of research in finding and implementing solutions to a specific environmental issue, and Best in Community Engagement, for the project that best demonstrates community engagement during its undertaking.

Individuals or organisations with on-going non-profit projects focused on any of the main categories are invited to apply by downloading the form through this link, and send it through email to [email protected]om. Closing date for applications is 13 July 2017 at 9 pm AST (Arabian Standard Time). Winners will be announced in September.

Ford Middle East and Africa President Jacques Brent, said that the continued success and quality of projects that are submitted for consideration each year truly highlights the importance of the Ford Conservation and Environmental Grants programme.

We are proud to support the committed individuals and organisations whose aim it is to preserve our environment for future generations.’


For the past 16 years, Ford Grants has become one of the largest corporate initiatives of its kind in the region, created to empower individuals and non-profit groups that are donating their time and efforts to preserve the environmental well-being of their communities.

Since its inception, the Ford Motor Company Conservation and Environmental Grants programme has received support and recognition from various governmental and non-governmental environmental authorities from around the Middle East, including the World Wide Fund for Nature, the Emirates Wildlife Society, the Arab Forum for Environment and Development (AFED) and UNESCO Doha.

Earlier this year, the big winners of Ford’s Conservation and Environmental Grants included projects for the conservation of Green Mangroves in Qatar, saving and development of traditional beehives in Morocco by use of organic production method, and development of a database and mapping system for sites of natural significance and degraded environmental resources in 70 communities across Lebanon.

Past projects that have benefited from Ford Grants include whale and dolphin research projects in Oman, saving of coral reefs in Kuwait, growing environmental clubs in schools around the region, clean-up of beaches in Jordan, clean-up of rivers in Lebanon, protection of mangroves in Saudi Arabia, conservation of Arabian Leopards in the mountains of Oman, irrigation system for Algeria, water conservation awareness in Morocco, use of industrial plants to fight soil pollution in Tunisia, and conservation of endangered tree species in Egypt.

Recipients are chosen by an independent panel of judges consisting of academics and leaders from regional environmental organisations. The judges are seasoned environmentalists or academicians from the region carefully selected based on geographical coverage, age and gender equality. They look for initiatives that demonstrate a well-defined sense of purpose, a commitment to maximising available resources, and a reputation for meeting objectives and delivering planned programmes and services.

Celebrated every 5 June, World Environment Day is the biggest annual event for positive environmental action. Since it began in 1972, global citizens have organised thousands of events, from neighbourhood clean-ups to action against wildlife crime, to replanting forests.

The theme for 2017 is Connecting People to Nature, which implores us to get outdoors and into nature to appreciate its beauty and importance, and to think about how dependent we are on it.

Ford’s Conservation and Environmental Grants programme echoes those sentiments, providing necessary funding and visibility to individuals and non-profit groups donating time and effort to preserve the environmental well-being of their communities. It is hoped that similar efforts will harmonise humanity and nature across the globe so that both can thrive.

Check this link for more information about Ford’s Conservation and Environmental Grants programme.