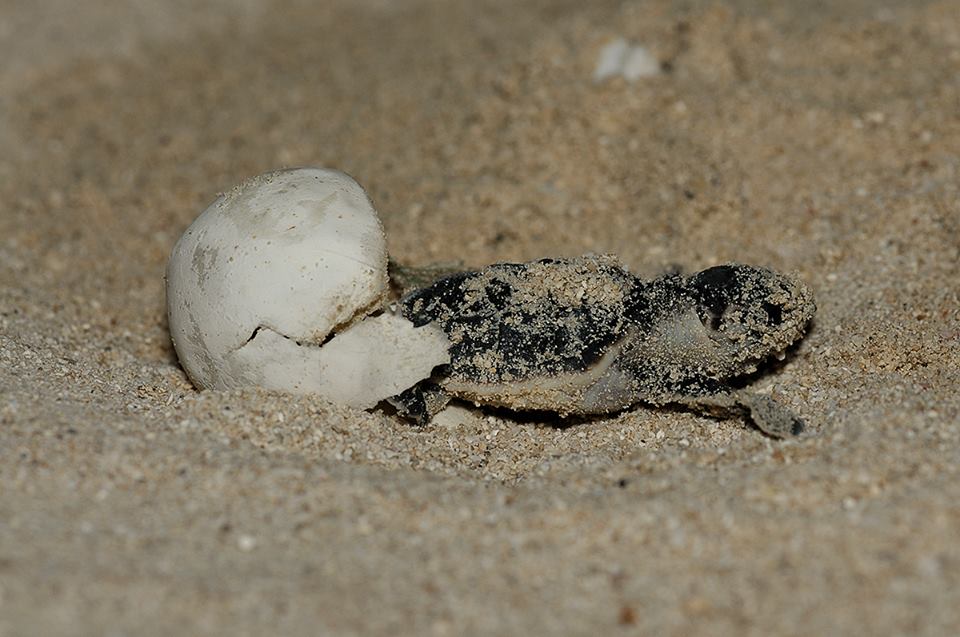 Fuwairit Beach Temporarily Closed to the Public for Turtle Nesting

The Ministry of Municipalities and Environment, represented by the Environmental Protection Reserves and Wildlife Department, has announced a temporary closure of Fuwairit Beach from 1 April until 1 August to start working on the project of protecting the endangered hawksbill sea turtle.

The ministry appealed to citizens and residents who visit the beaches and northern islands (Fuwairit, Al Ghariyah, Al Huwailah, Al Mafjar, Umm Tiss Island, Rukan and Shrao’s Island) not to approach the turtle nesting areas, not to direct light at them and not to make any disturbing sounds nearby.

The ministry also called for immediate reporting of any violations by contacting environmental operations on 998. According to the ministry, the closure comes in the framework of efforts to preserve wildlife and in accordance with Ministerial Resolution No.37 of 2010 on the conservation of turtles and seabirds.

According to the report, Identification of Important Sea Turtle Areas (ITAs) for hawksbill turtles in the Arabian Region, in Qatar, at least 100 hawksbill turtles nest annually at Fuwairit, Ras Laffan, Halul and in other seaside areas outside of Doha. Tracks from 90 post-nesting turtles (65 in the Gulf and 25 from Oman) revealed that hawksbills in the Arabian region may nest up to six times in a season with an average of three nests per turtle. Turtles from Qatar, Iran and the UAE generally migrated south and southwest to waters shared by the UAE and Qatar. A smaller number of turtles migrated northward towards Bahrain, Saudi Arabia and one reached Kuwait.

Hawksbill turtles are commonly found in the tropical waters of the Atlantic, Pacific, and Indian Oceans. They avoid deep waters, preferring coastlines where sponges are abundant and sandy nesting sites are within reach. Compared with other sea turtles, hawksbills are not particularly large and can grow up to about 45 inches (114 centimeters) in shell length, weighing 150 pounds (68 kg). They are normally found near reefs rich in the sponges, which hawksbills like to feed on. They are omnivorous and will also eat mollusks, marine algae, crustaceans, sea urchins, fish, and jellyfish. Although their hard shells protect them from many predators, hawksbills still fall prey to large fish, sharks, crocodiles, octopuses, and humans.

According to the National Geographic, Like many sea turtles, hawksbills are a critically endangered species mostly due to human impact. Their eggs are still eaten around the world despite the turtle’s international protected status, and they are often killed for their flesh and shells. Hawksbills are also threatened by accidental capture in fishing nets.

For more information on the Qatar’s natural world, check out Marhaba’s Guide to the Natural World and Nature Reserves in Qatar.