Hamad International Airport (HIA) served a record 38,786,422 passengers in 2019, the most number of passengers it has served since the start of its operations in 2014, and which makes 2019 the most successful year yet for the airport. This also shows a year-on-year growth of 12.44% compared to passenger numbers in 2018.

According Engineer Badr Mohammed Al Meer, Chief Operating Officer at HIA, 2019 has been a spectacular year for HIA, having broken their record for the most number of passengers served since the commencement of their operations. It was also an exciting year for the airport, for they became the gateway to some of the world’s biggest sporting events – the IAAF World Athletics Championships Doha 2019 and the FIFA Club World Cup Qatar 2019 – which were successfully hosted by Qatar.

Looking ahead, we’re focused on increasing our operational capacity through our major airport expansion project which is a vital part of the airports rapid growth and the country’s preparations to host the 2022 World Cup and beyond.’ 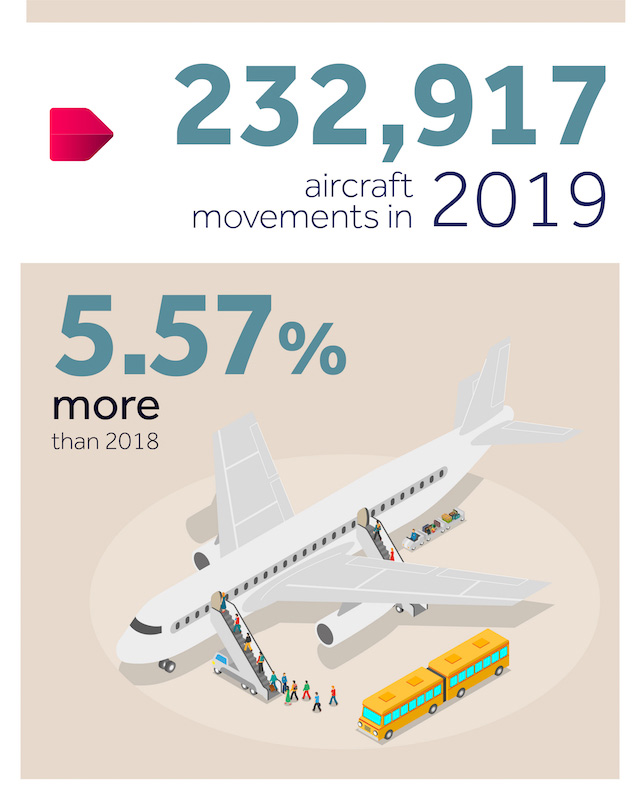 HIA also introduced innovative solutions in 2019 to achieve operational excellence and enhanced passenger experience in the terminal. The airport implemented advanced software solutions for passenger forecasting and queue measurement which provides real time passenger traffic forecasting as well as calculating waiting times and throughputs which are visualised on a live dashboard, allowing the airport to keep waiting times in check. The software has enabled the operational staff to be proactive and stay agile in the terminal’s dynamic environment.

Along with HIA’s self-check-in and self-bag-drop kiosks, which was introduced in the terminal to provide passengers with a faster and smoother check in process, HIA recently introduced ten automated security gates at the pre-immigration area, so passengers can scan their own boarding cards and proceed to immigration, providing passengers with a truly autonomous travel experience.

HIA was voted as the ‘Best Airport in the Middle East’ for the third consecutive year in 2019 at the 16th Annual Global Traveler’s GT Tested Reader Survey Awards in Los Angeles, recognising it for its outstanding performance in providing an exceptional experience to travellers. It received the ‘Best Passenger Experience Initiative’ silver award at the Future Travel Experience (FTE) Asia Awards 2019 in Singapore in November 2019 in recognition of its Smart Airport Program. It was also named the ‘Best Airport for Passenger Experience’ for the second consecutive year by AirHelp, the world’s leading air passenger rights specialist.

HIA is currently a candidate for the ‘Best Airport in the World’ award by Skytrax. Passengers can vote for HIA by visiting the Official Skytrax World Airport Survey website. For updates and more information about HIA, visit dohahamadairport.com.

Qatar Executive to Exhibit at MEBAA in Dubai

QTA Opens Offices in Turkey and the USA