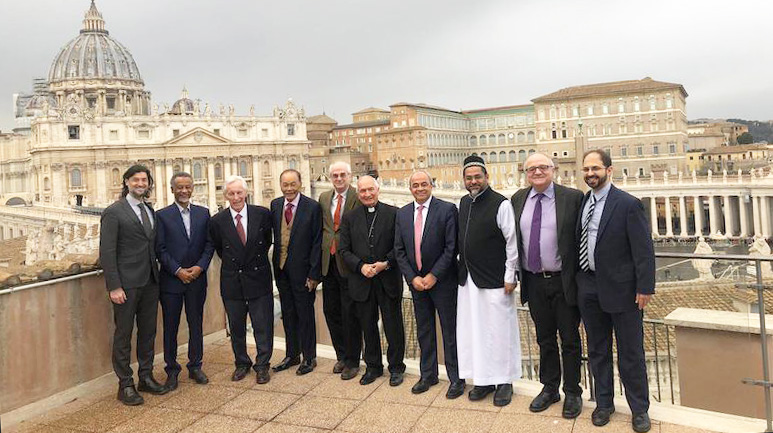 The College of Islamic Studies (CIS) at Hamad Bin Khalifa University (HBKU) has signed an agreement with the Caux Round Table for Moral Capitalism (CRT) to collaborate on a study of the Covenants of Prophet Muhammad (PBUH) in relation to the Christian communities of his time.

A recent roundtable discussion entitled, The Consideration of the Covenants of the Prophet Muhammad (PBUH) with Christian Communities, held in Vatican City, marked the first milestone of the agreement.

The Covenants highlighted the Prophet’s relationship with surrounding Christian communities, and promote a set of values that bind the Muslim Ummah to the respect and protection that is due to non-Muslim communities and raise awareness about the proclaimed rights and freedoms accorded to those outside the Islamic faith.

CIS Dean Dr Emad El Din Shahin said the final proceedings from the roundtable are a step forward in a deeper study of the Covenants of Prophet Muhammad (PBUH), which is led by CIS professor Dr Ibrahim Zein.

“We are effectively the first institution in the world to conduct systematic academic research into the Covenants, which holds great relevance in today’s pluralistic societies.”

Steve Young, Global Executive Director of the Caux Roundtable for Moral Capitalism, explained that the concept of the Covenants was very new to them as well as to their Catholic circles, which prompted the agreement to bring Catholics and Muslims together.

“The contributions from our peers at CIS has offered Vatican representatives insightful experience. The Covenants show the Prophet as a Messenger of God, setting forth standards for pluralism, tolerance, and compassion for all people, calling on all Muslims to be respectful of Christians and their faith; and this message is very, very important for our world.”

Archbishop Silvano Tomasi, Secretary of the Dicastery for Promoting Integral Human Development, echoed Young’s sentiments. He said that it is important to educate European cultures about the Muslim faith and the concept of pluralism in the Covenants serves to promote a culture of inclusion.

The agreement provides CIS with access to a collection of documents in the Vatican and in St Petersburg in Russia that are relevant to the study of interfaith scholarship and understanding.

For more information about CIS, visit the HBKU website at hbku.edu.qa.