IAAF Doha 2019: The Highest Quality Championships of All Time!

IAAF President Sebastian Coe has described the IAAF World Athletics Championships Doha 2019 as the best in history in terms of the quality and depth of performances produced by the athletes of more than 200 nations. 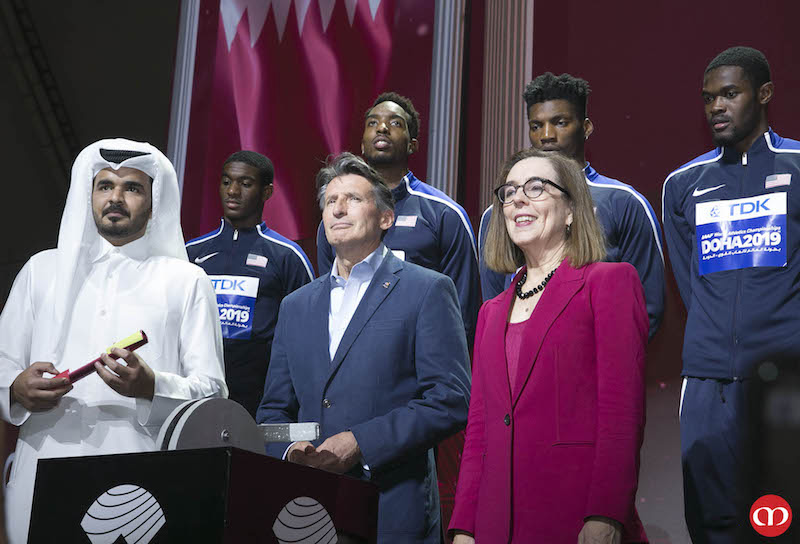 Speaking after the final evening session this Sunday, Coe noted that six championship records had been set, 43 countries had won medals, and athletes from 68 different nations had achieved at least one top-eight placing. There have been 21 area records – double the number from 2017 – and 86 national records have been broken, underlining the global reach of the sport.

Coe said that those who follow their sport closely know that they rank championships on the performances of the athletes.

It is how we, the athletes and the coaches, measure our success. The world’s athletes have put on the best show in the history of the IAAF World Athletics Championships, according to the competition performance rankings which are used as an objective measure of the quality of international competition.

These performances are incredible but credit must also go to the facilities and conditions provided by the host country. Doha has created conditions on the field of play and in the warm up that are unsurpassed.

We are proud of the fact (that) we reach more countries than any other sport. Just look at the breadth and depth – 43 countries on the medals table and 86 national records set. We want our athletes to experience different cultures and different conditions. It’s what makes our sport so accessible.’

We are thrilled we have been able to expand. There are generations here who are hungry to have this kind of sporting event here. Qatar is a nation of more than 100 communities. They have been able to celebrate their athletes from all around the world.’

The championships have not just been about record-breaking performances, though. This edition will also be remembered for its close finishes, surprise winners, moments of fair play, and the arrival of the next generation of athletics stars. The innovations – including light shows, new camera angles and increased engagement with athletes – have helped the sport reach more younger audiences around the world.

Visit iaaf.org for more information about the tournaments and check this file for the complete list of final results: IAAF RESULT

Posted On 6 May 2021
Entertainment