The Asian Housekeepers Association has unanimously selected Prabhat Shukla, the Founder of Doha Housekeepers Group and the Founding member of AHA, as the President of AHA for 2019-20, during the Second Annual Meet held at Jaypee Hotel, Agra, India in the presence of 13 member association heads. Prabhat Shukla has been steering the expansion of the AHA membership over the last two years, taking it from an 11-member country association to the present 15-member country associations. 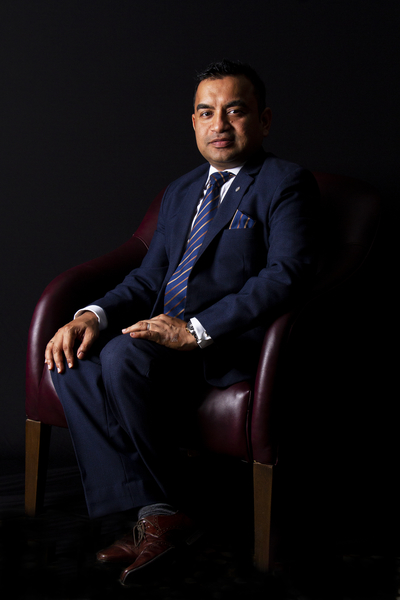 Following his appointment, Prabhat Shukla thanked the committee members for expressing their confidence in his leadership and assured the housekeepers across Asia and the Middle East to contribute to the growth of the fraternity during his term.

I humbly accept this position with loads of gratitude to our sister organisations who believed and trusted in me for this position. I am sure we will go hand to hand a long way with spreading the knowledge and sharing the perspective of housekeepers of global platforms; to showcase housekeeping as a lucrative profession option and sharing interesting facts which are mostly in books and journals will be one of goals. I am sure by the end of 2020 we will have a few more associations under this umbrella.’

The housekeepers across Asia and the Middle East appreciated and commended the selection of Prabhat Shukla with ‘a wise choice of an able leader’.

A part of the InterContinental Doha The City team since June 2013, Prabhat he joined as Executive Housekeeper before his promotion to Director of Housekeeping in 2019. He has been an instrumental part of InterContinental Doha The City’s development and has been exceptionally focused on creating career development opportunities for all his team members.

Swiss International School Offers Up to 100% Scholarship on Diploma Programme

Centara West Bay Prepares A Winter Wonderland Journey For All!

The ‘Host A Fan’ Initiative