Marhaba interviews Dr Ger Graus, Global Director of Education for KidZania, about how KidZania’s approach to education and entertainment is leading to enhanced life chances for children. Marhaba spoke to Dr Graus at the recent EdEx Conference held in Doha.

KidZania Doha will open for the very first time in Qatar at Aspire Zone this year. KidZania is an interactive city made for children aged 4 to 14 that combines inspiration, fun and learning through realistic role-play, making KidZania one of the fastest growing global learning and entertainment brands in the world. Kids can independently explore a scaled city of over 5,500 square metres with more than 60 careers that they can try.

KidZania is already widespread in the MENA region with branches in Egypt, Kuwait, Saudi Arabia and the UAE. Globally, there are 24 KidZanias in 19 countries.

KidZania’s global education strategy includes its Think-Tank, Ambassador Schools and Industry Partners, its local, contextualised implementation, and evaluation in partnership with Havas Helia and Tribal Planet Inc among others, leading to a ‘Global Barometer of Children’s Aspirations’.

‘Children can only aspire to what they know exists’ is Dr Graus’ mantra and he sees KidZania’s approach to education and entertainment as a significant piece in the large jigsaw which portrays a better world with endless horizons for the people who deserve it most: our children.

Why is it important for Kidzania to participate in education exhibitions like EdEx?
For a couple of reasons. One is because they are showcases. You have a whole cross-section of people who are interested in education, from teachers to teacher’s assistants, principals to people from organisations like WISE or Qatar Foundation. People turn up and you have the chance to essentially exhibit what you are and what you stand for. Secondly, I think because erroneously many people think of KidZania as a theme park rather than an organisation with an educational intention. For us, to be perceived as a theme park, to be in educational exhibition is also making a point.

What’s KidZania’s global education strategy?
Essentially, what you’ve got to remember is when you bring KidZania somewhere where people haven’t heard of it, the concept is quite alien to people, so the strategy needs to become known and credible so that for the benefit of the children, we can provide. That’s the first part of it. You then focus on a number of points. Unashamedly, you focus on children. Actually, you tell the grown-ups, ‘You are here to be seen and not heard. We don’t want to listen to you, we want to listen to the children.’ It is about learning rather than being taught. It’s about experience and calculated risk-taking. In a school, everything is predetermined. You will start at 9 am and finish at 4 pm. The first class will be English and the second lesson will be maths. At KidZania, you literally go in — it’s a safe environment — but after that, it is your choice. And your choices are your consequences, so it’s your risk. And if you don’t like it, you better work out why you don’t like it in your head and formulate that I’m not doing it again.

So it’s the strategy then it’s around children, learning and partnerships. Because the other thing, you can’t do it on your own. You do it with industry partners because they bring reality … like a real pilot and a real airplane and we know from the children, for example from research, children prefer branded activities, not because they like the brand as an advertising thing but when you say to a kid, ‘Did you like that activity?’ They go, ‘Yes, I liked it.’ ‘Why did you like it?’ ‘Because it’s British Airways.’ It wouldn’t be the same if it were KidZania Airways because KidZania Airways isn’t real.

But there’s a very important point to make and I’m often asked the question, ‘Is KidZania entertainment or education? Is it fun or is it education?’ I think it’s one of the saddest questions I get asked because the implication is you can’t have education that’s fun. I think KidZania sits where education and entertainment meet.

How has KidZania’s approach to education and entertainment enhanced children’s lives?
Children can only aspire to what they know exists. Our global research shows it. So very crudely put, if you are poor, you are deprived. You have therefore little access to experience, you ‘know’ little. If you have no books at home, the chances of you wanting to become a librarian are slim. So the contribution KidZania makes is it broadens horizons. And by broadening horizons, it raises aspirations. That is its single biggest contribution. And it doesn’t do that in a way that is taught, it does that in a way that is learned. And it doesn’t do it in a classroom, it does it in an environment. We have to remember that the environment is the third teacher. 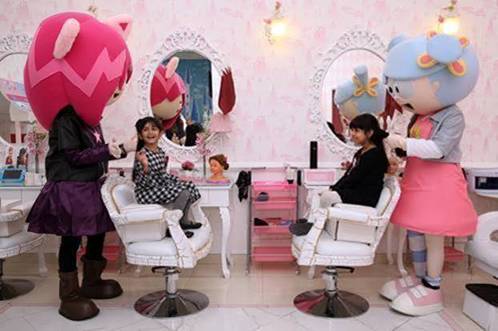 What role should adults, such as parents or teachers who accompany their children, play in KidZania?
I think we need to think of every adult who ‘touches’ a child’s learning, every adult who does that is a teacher so parents, grandparents, neighbours, employers, sports coaches and teachers are teachers. That’s how we need to see ourselves. The role we need to play in an experience like KidZania is we need to facilitate for the children to be able to learn for themselves. Rather than teachers, we become facilitators. We are enablers. We empower the children to essentially begin to write their own narratives.

KidZania is around the world, in at least 19 countries. How will KidZania Doha contribute to the edutainment sector in Doha?
I’m very keen for children to be aware of where they live and increasingly that’s a very small place called Earth. And when children grow up, they’ll work for global companies in different countries and all those things. They’ll study elsewhere, etc. But also in this complicated world that we occupy at the moment full of strife, which we as grown-ups have created, there is hope that if children connected with children elsewhere, that there might be a little more understanding and more friendliness towards each other. I think that’s a very laudable thing that we need to aspire to.

How will KidZania Doha contribute to the Doha world so to speak or to the Qatar world? As a piece of a jigsaw. It is important as a piece of a jigsaw, not as a big picture, because the big picture is the development of the child or children in which schools have a role to play parents. But KidZania also has a role to play because for some children, we will be the spark that ignites them. For other children, we will be a brilliant time spent. In that sense, our role is part of a bigger role that is about the development, education and wellbeing of the children, in some cases in a greater degree and in other cases in a small degree. So is it important? Yes it is!

What will KidZania offer that other edutainment destinations don’t?
It stands out because of where it’s positioned. It is neither nor. It’s not a theme park and neither is it a museum. It is a learning experience that does both and that is very firmly grounded in education, not in schooling. I think that’s where it stands out. I’m often asked who are your competitors? And I genuinely believe anywhere in the world, in terms of where people spend their dollar, there are lots of competitors. In terms of what we stand for, I think we’re unique. I genuinely believe there are no competitors and I like the idea that we don’t have to compete with that, we’re part of a jigsaw.

KidZania Doha is the fifth KidZania in the region. What was your thought process for opening KidZania in the Middle East? What cultural differences did you expect to counter?
What is really, really important is, and it goes for any good franchise, I think, you know the colouring books you buy for children? So that’s what a franchise model is. Somebody has drawn the picture but how you colour that depends on your context. You may use different colours. Some people have water colours and some children have crayons and some children just have pens. It’s all okay because it’s coloured into the context and the social cultural context of where those children are. The bit that would worry me if KidZania Doha was the same as KidZania Dubai or KidZania London. We would have a problem because we would not recognise the uniqueness of social cultural uniqueness of Qatar and that just would be really wrong.

For more information on KidZania Doha, call 4488 1071 or visit kidzania.qa.

Every Little Thing You Need to Know About Sunscreen from Desert Princess Salon!