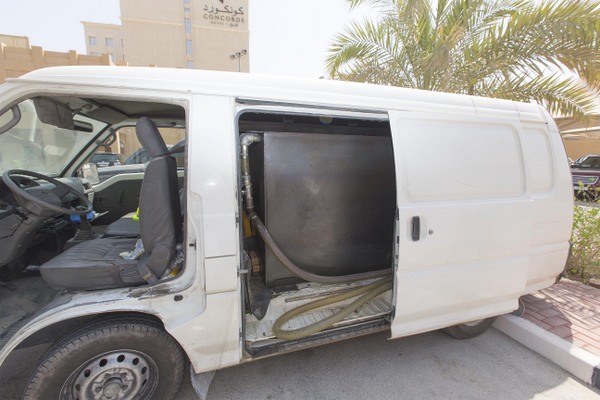 The patrol spotted the vehicle while it was stopped near by a roundabout inside Doha city. Suspicious of the vehicle, the patrol approached the vehicle only to find out the engine of the car was running while the driver had fled sensing the presence of the police. Once the vehicle was inspected, it became evident that the vehicle has been emptied from inside and a large tank, covered by empty carton boxes to hide it, has been placed for storing diesel in order to smuggle it.

Captain Ayid Al Kaabi from Lekhwiya pointed out that the patrol towed the vehicle and detained it. Records shows that the vehicle belongs to an expat and its permit has expired. The vehicle has been handed over to the Capital Security Department to complete investigation and arrest the owner.

Pilgrims Should be Vaccinated Against Meningitis and Influenza

Posted On July 6, 2017
Motoring And Transportation