Since I was a child, I loved to express my thoughts and feelings through painting. Art is a form of expressing your inner views. Even people during the old ages, the cave men, during the Stone Age, used art to express his feelings. Even kids use arts as a way to express their feelings and thoughts.

‘When I was young, I didn’t know the name of artists but I used to love canvas paintings. I used spend hours looking at just one painting, looking at the details, trying to understand the story and imagine myself inside of the story.

‘I realised I have the talent and so did everyone else – my father, mother and the rest of the family. Through time, I realised I have to develop this talent so I decided to take classes in art and put a lot of effort and work into it.’

Though Aisha is an artist today, she received her education in Qatar University with a Bachelor’s Degree in Physics. After graduation, Aisha began to teach mathematics, which she did for a number of years.

‘But I felt teaching doesn’t express who I am as a person so I realised I need to return to my first talent, which is art and painting.

‘Though I received my education in physics, I continued to take painting classes. I was still committed to painting. Since 2000, I began to take part in various art exhibitions. In 2006, I had my first personal exhibition and it was very successful. Now I’m working on my second personal exhibition.’

The second exhibition Aisha is working currently on is called ‘The Life Journey of a Flower’, which she plans to showcase in October 2013. In 15 or 16 paintings, Aisha tells the story of a flower being cut off from its roots, which later leads to its death. Each painting tells a story about the flower at a stage of its life.

‘In the beginning, I was interested only in painting nature because of my educational background in arts but with time, I developed as a person. I realised what we see in reality plays a very small part in life. We don’t understand everything just by seeing it. We only understand a small part by sight but we grasp other things through our inner sight. And this is what I’m using in my new art work. It’s challenging and needs a lot of thinking but I decided to accept this challenge, which is evident in my ‘The Life Journey of a Flower’ paintings. I look at the nature around me on the basis to express the life and suffering of a human being.’

Aisha stressed that at that time, Qatar University didn’t offer a degree in fine arts.

‘But my father was right. When I began showcasing my work, there was so much support. My mother used to take my paintings to show her relatives. I made them proud and happy and that made me happy.’

Aisha is the first artist in her family, taking after no one’s talent. ‘I think I’m the first in the family but I see the kids in my family like my sister’s daughters have the talent. But in my family, I’m the only one who loves painting. I’ve collected many drawings books, which I have kept since I was in school.’

In the recent years, Qatar has been investing a lot into arts with Virginia Commonwealth University in Qatar (VCUQatar) taking centre stage for educating young men and women in Qatar to become professionals in the vast field of the arts. Furthermore, Katara, Museum of Islamic Arts (MIA) and Mathaf: Arab Museum of Modern Art have become the main destinations of art education bringing local, regional and international artists such as Cai Guo-Qiang, Dia Azzawi, Farid Belkahia, Ahmed Nawar, Ibrahim el Salahi, and Hassan Sharif to Qatar to exhibit their work as well as hold workshops for the public.

‘There are many serious efforts. Many artists care about the arts here but I feel there’s a need for more depth. I feel like it doesn’t. I feel like arts here doesn’t completely express Qatari art and artists.

There are many females who love arts and are interested in arts. During my schooling, there were many talented girls. Some girls continue, some girls stop. I have no idea why. It’s all about how much you want and insist on it. What artists need however is academic background to understand the history or art and understand art itself and what they want to express through art because many begin by following the traditional arts like the Western and modern arts, which I feel doesn’t express the Arab or Eastern person, in general.’ 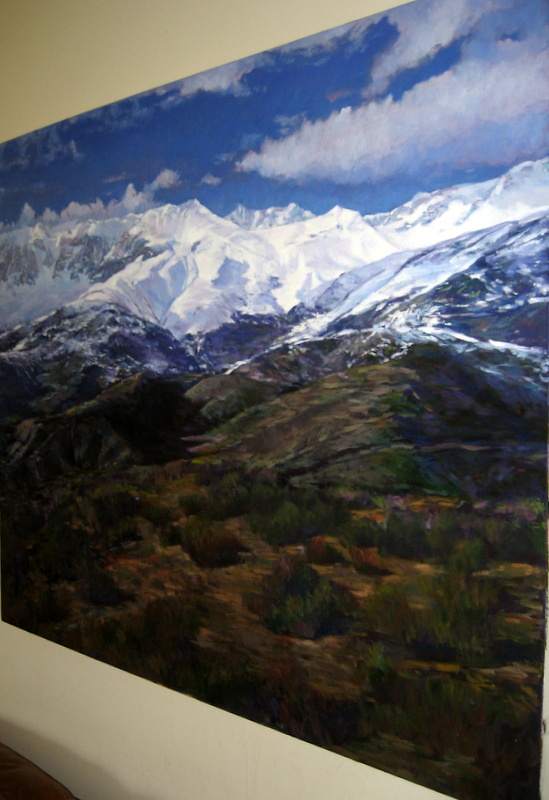 Want to become a successful artist in Qatar? Aisha advises you to:

Marhaba Listing: Where to Enjoy Afternoon Tea in Doha