Marhaba Information Qatar was recently invited by Turkish Airlines to experience the relatively unknown wonders of the central region of Turkey.

A region steeped in history, empires and civilisations, a people who welcome visitors, a crossroads of cultures and migrations, a source of innovative Islamic architecture, impressive topography both unusual yet fascinating, cuisine that entertains and revitalises – in short, a destination that demands to be explored to the full.

Flying to Istanbul on Turkish Airlines is a delight. Turkish has an ultra-modern fleet of the latest Airbus and Boeing jets, but serves you with good, old-fashioned human respect and true, delicious Turkish food; indeed the airline flies to more destinations in more countries than any other airline in the world – so, wherever you are, take that Turkish flight to Istanbul!

A word about the new Istanbul airport. From most places, getting to Kayseri and Cappadocia will involve transit through Istanbul’s magnificent new airport. It is impressive, and it is large, but it’s good to stretch your legs and there are so many eating options; the shopping is extensive, but definitely not expensive. In fact, prices are surprisingly cheap and, as I was to discover, this applied throughout our trip, wherever we were.

The relatively short flight from Istanbul to Kayseri reveals the unexpectedly impressive landscape of central Turkey whose history is closely connected to the growth of such important recent civilisations as the Roman and Ottoman empires which have influenced events in both Europe and the Middle East in recent centuries. Indeed, the current name Kayseri is derived from Caesarea, as the city was named in the time of the Roman empire.

As you fly across the country the terrain looks dry with craggy hills and ravines. Then, you see some green fields, water, and more water, signs of life, and suddenly – there it is – one majestic snow-capped mountain as a backdrop to the city of Kayseri.

You land at a very unsophisticated airport – just to emphasise how far you’ve come from Istanbul – and we were then taken to a typical local farm. Our hosts were humble, unpretentious people but their welcome was warm and sincere and the food – all from this farm – spread over their table was the freshest, the tastiest, most enjoyable you could ask for. We saw buffalo and wild horses that were rounded up by cowboys for our benefit, with a little help from their dogs – and a drone! 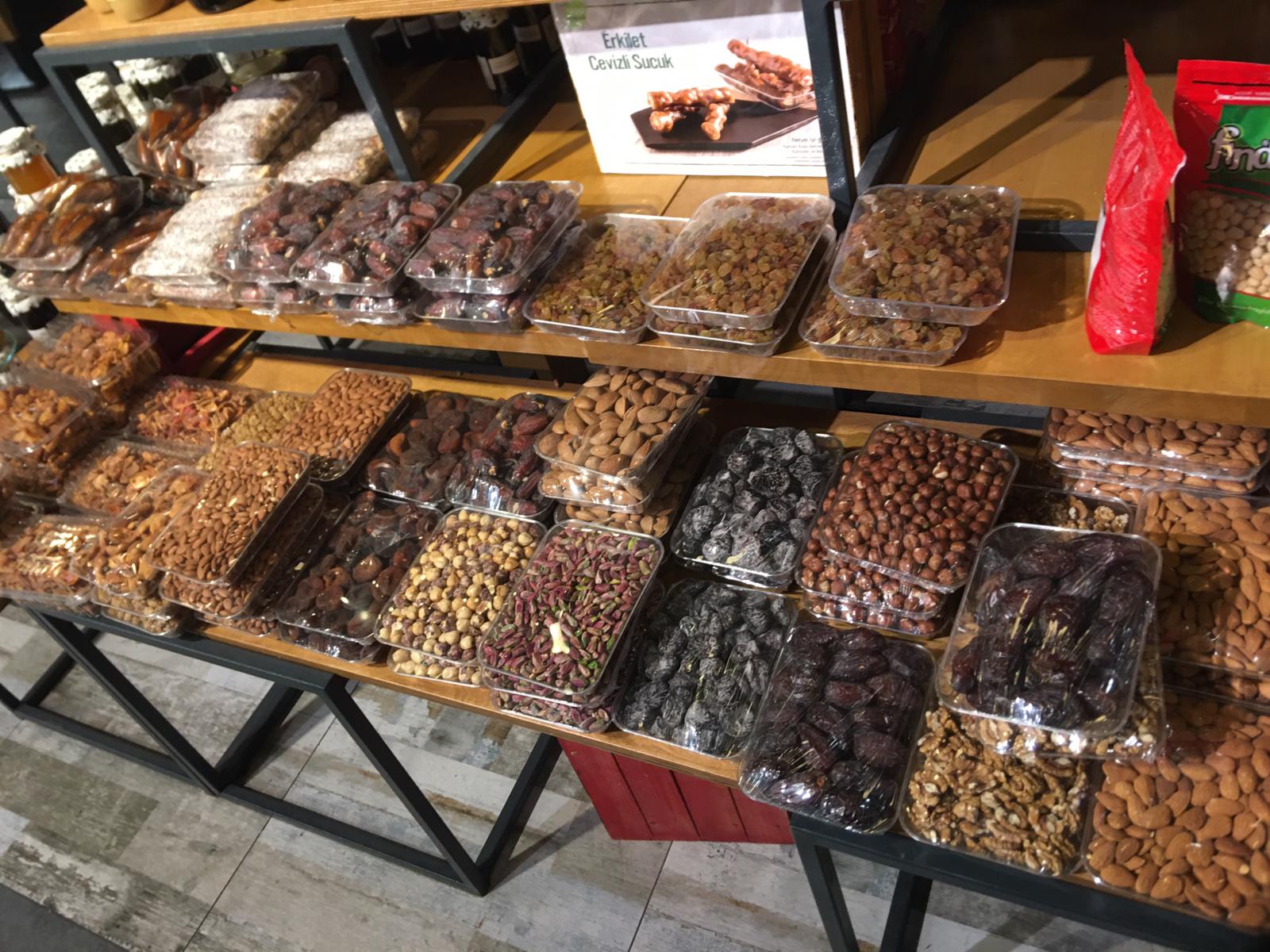 Back in the city, both modern and sophisticated, we were treated to a visit to Çemen’s Kitchen (cemens.com.tr) and, by the way, if you’re thinking of giving up meat, don’t – until you too have seen and tasted what they accomplish here, in this delicatessen. Pastirma, their first delicacy, takes at least three weeks to prepare; it’s dried, iced, powdered, pressed, squeezed, spiced – all by hand – and hand-pressed again, and again. It’s delicious. Period. Who else in this world takes a month to prepare your food?!

Their second delicacy is Suçuk (sujuk) minced and spiced beef which is also produced with an excessive amount of intense labour and time. Also delicious. You can sample all their gastronomic creations in the restaurant upstairs, and you can also take away your favourites from their extensive shelves of meat, yogurt, cheese, dried fruit and nuts to enjoy at your leisure. 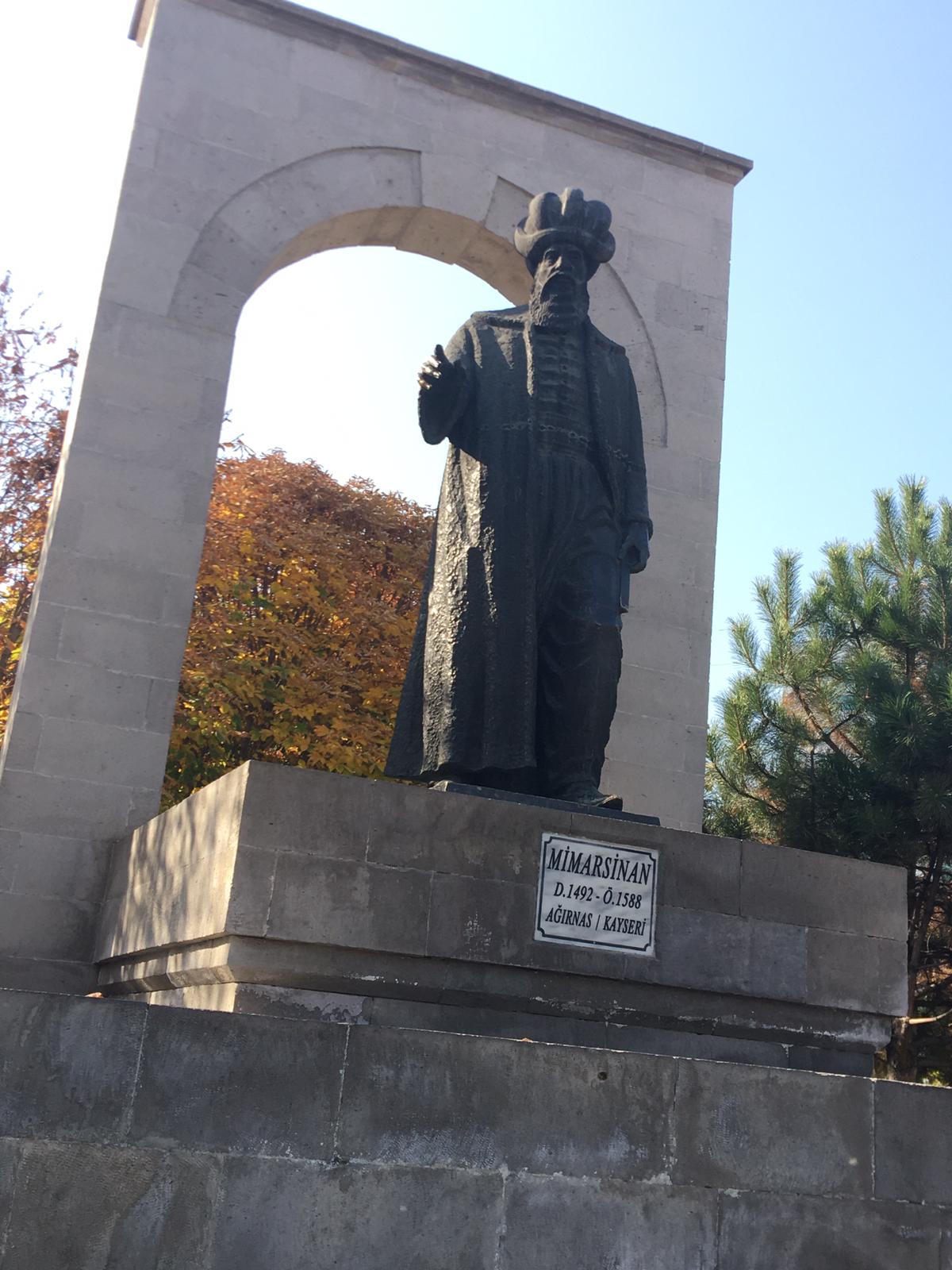 Kayseri was defended by a castle and hosts several mosques, among several Ottoman and Seljuk monuments around the centre of the city. Most of the mosques were designed by Mimar Sinan who was born in Kayseri but rose to become chief architect and engineer under the Ottoman emperor, Suleiman the Magnificent in the 16th century. One of his masterpieces that you can still appreciate and enjoy today is the wonderful, the glorious, the outstanding blue mosque that dominates and symbolises the city of Istanbul. 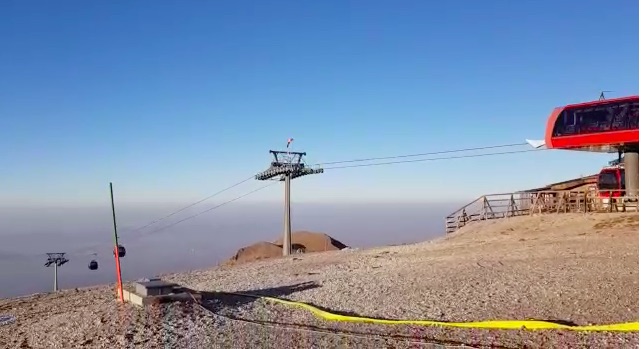 From anywhere in Kayseri, you cannot miss the beautiful, snow-capped volcano peak of Mount Erciyes (don’t worry, it hasn’t erupted for eons!). Actually, hundreds of thousands of ski tourists come here every year to practise and have fun on the four skiing pistes ([email protected]). The hotels are five-star, the roads and infrastructure in general are all first class, and to supplement the power of nature, the ski resort employs several snow-making machines if and when necessary.

On the high plateau just below the mountain peak, the Sultan Sazligi National Park preserves the landscape’s natural beauty. It also houses extensive wetlands (with both salt and fresh lakes) which attract hundreds of different species of migratory birds. If you need even more excitement, head for the slopes (even the ski lifts are exciting enough for some)!

HH The Emir Inaugurates the 70th IATA AGM in Qatar

Pavilions of Heritage and Authenticity at S’hail Exhibition