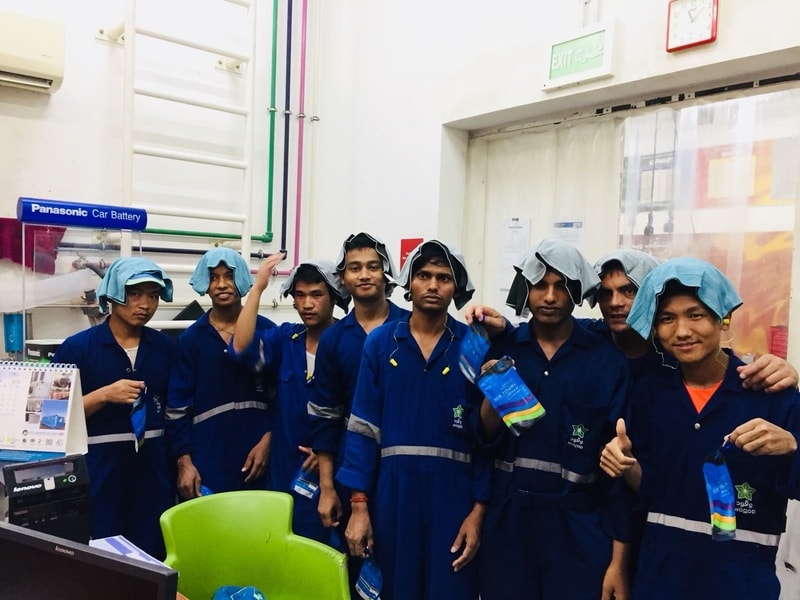 In the spirit of giving during Ramadan, a group of at least 100 do gooders at The Pearl-Qatar came together to provide the workers of The Pearl-Qatar with daily meals throughout the holy month. However, it didn’t stop there. Six months later, the group, which has now tripled in number under an initiative called Do Good Qatar, has found new ways to keep on giving and spreading goodness within The Pearl-Qatar and beyond.

Do Good Qatar, which represents people from at least 30 countries, has recently embarked on a new campaign for the summer, Keep Cool. The group had came across a new cooling technology to help workers who work outdoors stay as cool as possible with a cooling towel. When wet, the towel keeps cool even when placed in high temperatures. 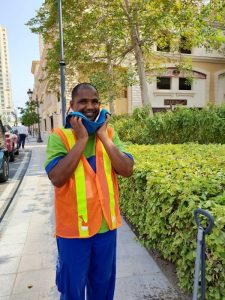 A worker beats the heat with the cooling towel 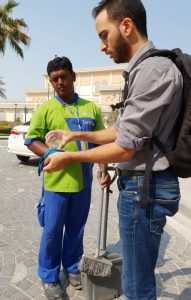 Do Good Qatar volunteer demonstrating the cooling towel to a worker

The plan is to cover the workers in The Pearl-Qatar and then expand from there. At the petrol stations in WOQOD, we covered all the 30 workers there. We gave them the towels. From there, we have the idea to spread to other petrol stations as they are mostly outdoor, then cleaners who also work outside, then who ever needs them like security guards.’

Once purchased, the cooling towel needs to be soaked with water then squeezed to remove the excess, then shaken to activate. It can be reactivated when wet or dry. The group stumbled across this innovative towel at the Dollar Plus store at City Centre-Doha at the price of QAR25. Soon after, they bought the entire stock available  to give away to workers at The Pearl-Qatar. It began with the complete 30-35 staff members at the WOQOD petrol station within the district. Now, they have purchased more online on Amazon, aiming to cover a minimum of 300 workers — a cooling towel per person — by the end of October, marking the end of the summer in Qatar. 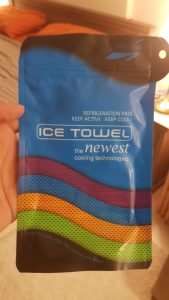 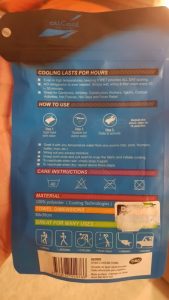 And then if there is an excess amount, we move outside. Because inside The Pearl-Qatar, we have a lot of cleaners, security guards and so on. They are much more than 350 even…We’re going to hand out everything that we have then that finishes it for the cooling towels for this year. Next year, we’re going to do the same thing early summer so we’re going to start preparing for it earlier.’

Zulqarnayn, an active member of the group, said:

Basically, it’s the concept that what you want for yourself, you want for others. For example, if we’re out in the middle of the day, we can come inside. It’s nice and cold. If you’re at the petrol station, it’s hot. You have the fumes. You don’t want to be outside. Some people have to work outside so we’re trying to make it easier for these people.’

It’s spreading goodness and making people aware. Once we do something like this, somebody else might say, “Oh, you know what? I have some workers in my compound I would like to give out towels to.” It’s just spreading that kind of goodness in different areas. 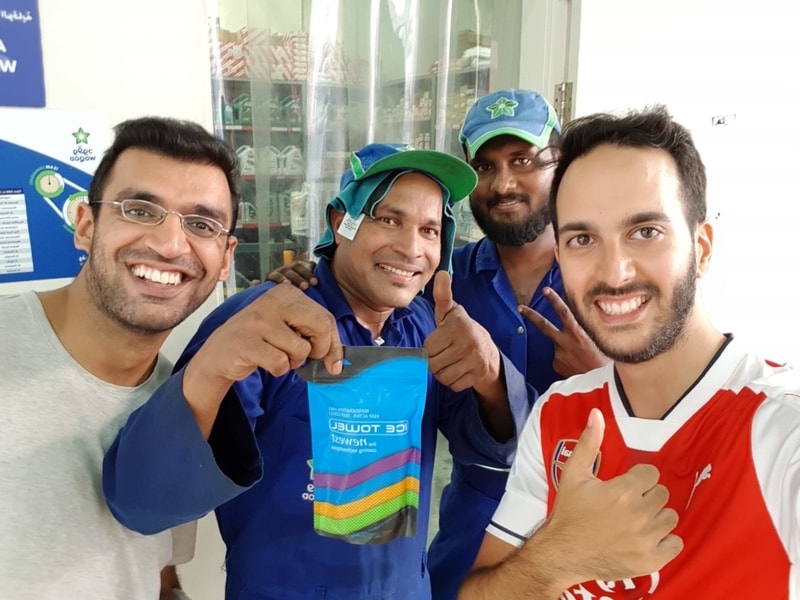 Do Good Qatar volunteers with workers using the cooling towel

During Ramadan, the group distributed over 5,000 meals to workers at The Pearl-Qatar. So how did the team start from the Ramadan initiative to doing more? ‘People were very excited about Ramadan. There was a lot of support. Please, let’s keep going. Let’s see what happens,’ people told Haitham. ‘And from there, we were always brainstorming new ideas. To put it together all in one group, we just decided all these things come under Do Good Qatar.’

Imran, another member of Do Good Qatar, said:

What attracted me to it was that we’re quite blessed that we’re here, we have time and we live comfortable lives in many aspects, but there are people who are less privileged and don’t have anything that we have around us. So it’s just any small detail that we can do to help, support and contribute.’ 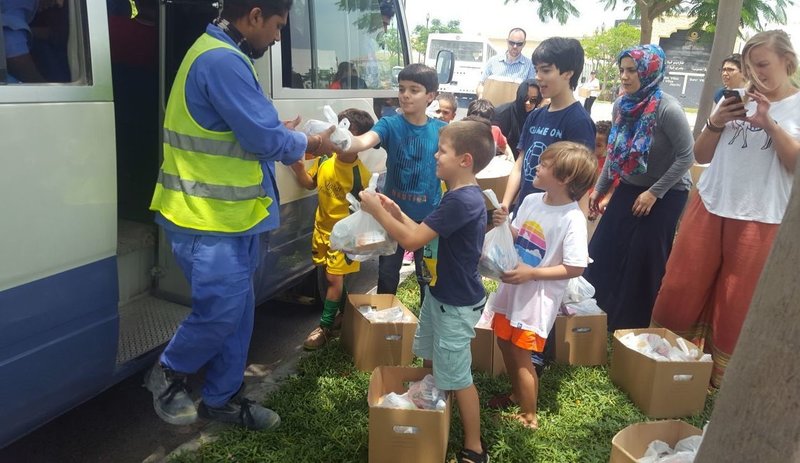 Since the Ramadan initiative, Do Good Qatar distributed 3,000 meals to workers in The Pearl-Qatar as well as the Industrial Area during Eid. In addition, they give away 400 coupons to Lulu worth QAR25 each. ‘To make Eid better — that was the point of the Lulu initiative so that everyone could enjoy a good Eid,’ said Fatimah, another group member.

Do Good Qatar depends highly on social media and online platforms to continue doing their work as a majority of them have full-time jobs. Their weekends are dedicated to executing their projects as well as team meetings.

The group welcomes The Pearl-Qatar residents and non-residents — with over 400 members of which at least 100 are active members. ‘They are actively tuning in. But a lot of people if they finish with one initiative, they leave the group but there are still people who are committed to the group. So whenever we share, they are there, they listen in. It’s also freedom of choice and freedom of contributing. It’s just like whoever wants to chip in, it’s up to them,’ explains Haitham.

If you wish to contribute or join the group, join their Facebook page Do Good Qatar or email [email protected]