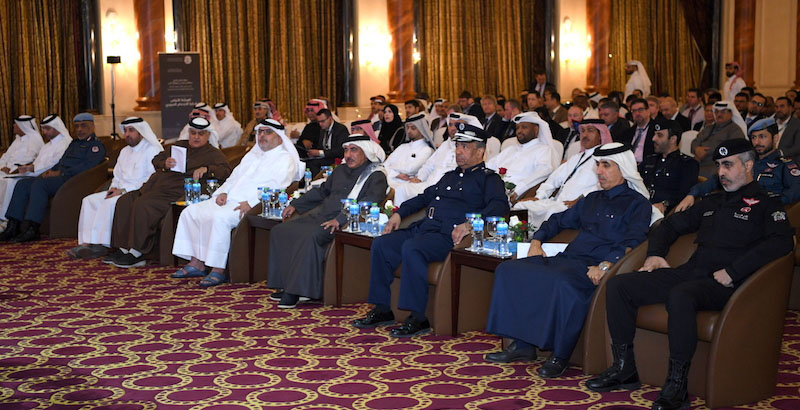 Government officials including a number of directors from MOI, together with representatives from the private sector participated in the event. Dr Ibrahim Al Nuaimi, a member of the National Traffic Safety Committee and head of the follow-up team for the implementation of the National Traffic Safety Strategy, in his address during the workshop, emphasised how traffic congestion has become one of the most important challenges that developed countries face, because of increasing population, modernisation and urbanisation, and the consequent increase in the number of vehicles.

The state is also encouraging students to use school buses, ensuring that students are allocated in government schools based on their residential areas, and taking into account housing areas when distributing employees to schools to avoid long transfers.

The Ministry of Education and Higher Education also intends to end working hours before peak hours to lessen traffic congestion, and has included traffic awareness in school curricula and extracurricular activities to give students an opportunity to contribute.

According to Major General Mohammed Saad Al Kharji, Qatar is facing an increasing demand for transportation of individuals and goods. The leadership of the state has paid great attention to deal with traffic congestion through the launch of Qatar National Vision 2030 and the National Traffic Safety Strategy 2013-2022, in addition to a second development plan, which aims to reduce traffic accidents, and build a safe and secure transportation system for all of Qatar.

The General Directorate of Traffic has played an effective role to implement the tasks assigned to it, as it bears a lot in implementing the National Traffic Safety Strategy 2013 – 2022 which includes topics related to traffic congestion – developing laws and standardization of data systems. Improving the efficiency of investigation, the patrol system, and improving the flow of traffic, developing the use of technology, radars, and support the requirements of the World Cup Qatar 2022 are among the many tasks.’

Marhaba Review: The Best of British Food at STK!