Online privacy is a concern in some MENA countries but less so in others, according to the preliminary findings of the sixth annual survey of media use and public opinion in the Middle East by Northwestern University in Qatar (NU-Q).

The survey, the full results of which will be released next year, explores changes in media consumption patterns, attitudes and content preferences in six MENA countries including Saudi Arabia, United Arab Emirates, Qatar, Lebanon, Jordan, and Tunisia. 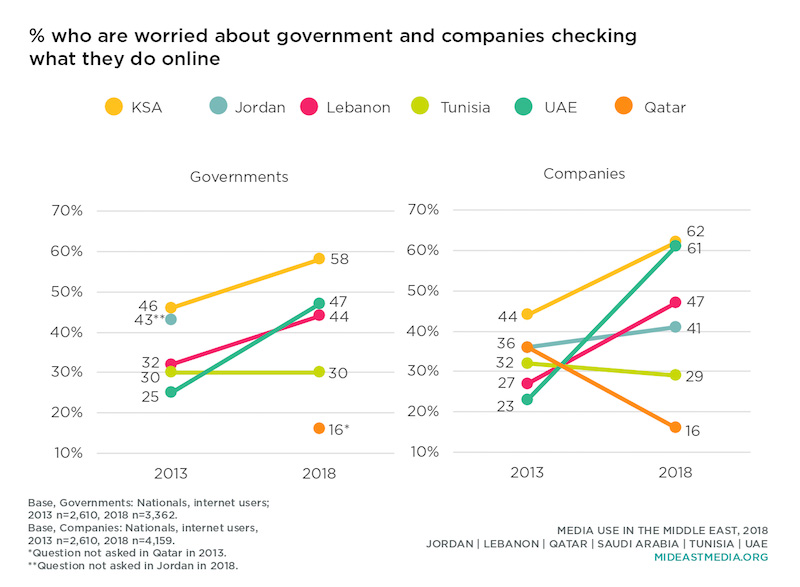 Among its initial insights, more internet users in Saudi Arabia and the UAE are worried about corporate and government surveillance of their online activities, compared to those surveyed in other nations.

The MENA region is by no means monolithic, either in terms of geopolitics or culture, according to Everette E  Dennis, Dean and CEO of NU-Q.

We therefore offer these initial survey findings as impartial data to enable a more informed discussion and better understanding of the rapidly changing media environment.’

NU-Q’s annual media use survey – Media Use in the Middle East – is the only one of its kind in the region and one of the few such efforts in the world. It offers extensive and valuable intelligence about the media that people adopt, use, and prefer as well as their attitudes and opinions about the role, impact, and importance of mediated communication in their lives and the lives of others across the Middle East region.

WISH Announces Winners of Healthcare Innovation Contests Ahead of 2020 Summit