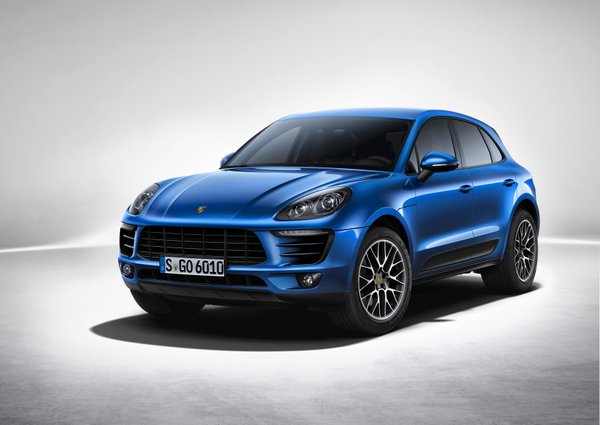 The world’s first sports car in the compact SUV segment, the Macan, has been revealed to an excited audience by Porsche Centre Doha, Al Boraq Automobiles Co. at an exclusive event at Doha Exhibition Centre recently.

The introduction marks Porsche’s pioneering move into a new segment, following in the footsteps of the brand‘s most successful model in the luxury SUV range, the Cayenne.

With deliveries of the all-new Macan, Porsche will launch a world first and enter a new segment. I have no doubt that this car will be another success for Porsche, with the long-term commitment and intensive efforts of our local Porsche Centre here in Qatar.’

Poised to set new standards in driving dynamics and enjoyment, both on and off road, the new Macan boasts the typical sporty handling characteristics that are synonymous with the Porsche brand. Many of the design and performance elements have been inspired by the brand’s sports cars, including the iconic 911 and the revolutionary 918 Spyder.

Featuring exceptional acceleration, vast engine power, extreme agility and optimum steering precision, the Macan is set to rewrite the rulebook on outstanding sporting comfort and everyday usability. The sporty DNA of the Macan, as with all Porsche vehicles, is immediately recognisable in the design. The compact SUV is unrivalled in its flat and broad profile on the road. The wrap-around bonnet and gently sloping roof line accentuate the overall impression of sporty elegance and powerful dynamics.

The Macan S is equipped with a 3.0-litre V6 biturbo engine, delivering 340 hp and also features an active all-wheel drive with an electronically controlled, map-controlled multi-plate clutch. This all-wheel drive is fitted on all Macan models. From the outset the Macan boasts the recently developed Porsche Doppelkupplung (PDK), which transfers power as required and almost free of interruption in tractive force. This enables the vehicle to accelerate from 0 to 100 kph in 5.2 seconds, when equipped with the Sport Chrono package, and reaches a top speed of 254 kph.

As the top derivative, the Macan Turbo is set to be the most powerful petrol-powered vehicle in the compact SUV segment. The 3.6-litre V6 biturbo engine, which is being used in a Porsche model for the very first time, achieves an unrivalled 400 hp and catapults the vehicle from 0 to 100 kph in just 4.6 seconds with Sport Chrono package, reaching a top speed of 266 kph.

As you would expect, we have had a great deal of interest in the new Macan. Last year the Cayenne, our luxury SUV, proved our most popular model range and we are excited to expand our SUV offering, reaching a new group of customers. The sporty dynamics of the Macan inject an added dose of fun which I believe is set to redefine the SUV market.’

The name Macan comes from the Indonesian word for tiger, a spirit the car truly embodies. Boasting pure Porsche power and assertiveness, the Macan is also a nimble yet tenacious off-roader. The latest stage of evolution of the all-wheel drive – known as Porsche Traction Management – has produced one of the world’s most powerful drive systems.

A glance at the performance specifications reveal that the Macan has been designed with agility in mind. Further unmistakable hallmarks of the vehicle include its proportions, design and the mixed tyres with different dimensions at the front and rear axle, enhancing the look and functionality. The driver and passenger seats also boast the low position typical of sports cars.

The range of standard equipment fitted on the Macan is extensive, including all-wheel drive, PDK, multi-function sport steering wheel with shift paddles, high-performance audio system and an electrically operated tailgate. All Macan models features an air suspension system – the only vehicle in its segment that has this feature.

MG HS Puts the ‘Sport’ Back in SUV

Posted On 23 November 2014
Motoring And Transportation

Posted On 8 November 2017
Motoring And Transportation