Ambassador of the State of Qatar to Italy, HE Abdulaziz Bin Ahmed Al Malki wins the 2019 Abdullah Bin Hamad Al-Attiyah International Energy Award for the Advancement of the Qatar Energy Industry

HE Abdulaziz Bin Ahmed Al Malki, Ambassador of the State of Qatar to Italy, was selected as the 2019 winner of the Abdullah Bin Hamad Al-Attiyah International Energy Award for Lifetime Achievement for the Advancement of the Qatar Energy Industry, presented at a Gala Awards dinner in Doha this week.

HE Al Malki was one of seven distinguished individuals recognised for exemplary careers in the energy industry, which included Dr Mohammed Hamad Al Rumhy, Minister of Oil and Gas of the Sultanate of Oman, who was awarded for the Advancement of Producer-Consumer Dialogue, and Dr Zhengrong Shi, Founder of Suntech Power, selected for the Advancement of Renewable Energy.

Al Malki said he is honoured to receive the award and to celebrate the occasion with HE Al-Attiyah himself.

It is with deep gratitude that I accept this accolade from a gentleman who I admire tremendously and who has played a pivotal role in my professional career.’

The Abdullah Bin Hamad Al-Attiyah International Energy Awards are the foremost honour to recognise individuals for their Lifetime Achievement in the global energy industry.

The nominees are voted on by an International Selection Committee, a group of renowned figures, who are invited to reward candidates for an outstanding record of accomplishment in their sector and for making an exceptional impact on the industry through distinct personal achievements and engagement. The Nominees are evaluated in four areas: Impact, Innovation, Long-Term Vision and Leadership.

According to Al-Attiyah, Al Malki has spent his career in service of the State of Qatar.

He was my right hand man as Director of my office while I was Minister of Energy and Industry. His talents of management and diplomacy were instrumental in the journey to our success in placing Qatar as the leader of the global LNG market.’

Other winners of the 2019 Award were Kenneth B Medlock III, Senior Director at the Center for Energy Studies at the Baker Institute, who received the accolade for Advancement of Education for Future Energy Leaders and Diane Munro, Editor-in-Chief at Argus Media, recognised for Advancement of International Energy Journalism. A new category introduced by the Foundation this year – for the Advancement of Gas Exporting Countries Forum (GECF), was awarded to its Secretary General, Dr Yury Sentyurin. 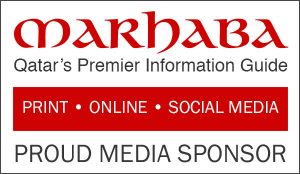