High net worth individuals (HNWIs) in the Middle East are more confident about the increasing speed of wealth creation than those in any other market, the latest report in the Barclays Wealth Insights series reveals. 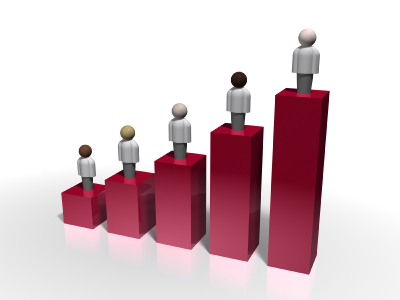 The figure of 100% of Qatari HNWIs (UAE – 68%; KSA – 54%) who have accumulated their wealth within that timeframe is the highest of any country surveyed. Most of the wealth has been accumulated through profits from business, personal investments and profits from property.

Within the region, Qatar’s HNWIs (76%) are the most confident about the speed of wealth accumulation, compared to 60% of UAE respondents and 43% of Saudi respondents. In the rapid growth economies of the Middle East, nearly three quarters (73%) of respondents have accumulated the majority of their wealth in less than 20 years.

The report also highlighted that nearly 42% Qatari high net worth individuals plan to redistribute wealth to family, friends and charity during their lifetime, compared to other countries within the region. Over half (60%) of respondents in the Middle East agreed that wealth can be created faster today than in the past, in comparison to 43% in Europe and 31% in North America.

Many HNWIs around the world now prefer to give their money to family and friends and charitable causes in their lifetime rather than as inheritance, seeing their wealth as an ‘enabler’, the report revealed. Across the Middle East, 96% of respondents indicated their intention to pass on some or all of their wealth to family or friends, either during their lifetime or as inheritance.

Barclays recent report titled: Origins and Legacy: The Changing Order of Wealth Creation provides an in-depth study into how wealth is now being made, spent and shared across the world. This 17th volume of Barclays Wealth Insights investigates how the global landscape of wealth is changing, and how wealthy individuals plan for their legacy and philanthropy.

Qatari respondents were the most likely in the Middle East to distribute their wealth to their family, friends and charity for them to spend, during their lifetime. It is interesting to note that Qatari HNWIs have acquired their wealth in less than 20 years, compared to other Middle Eastern and international respondents, who took longer to acquire their wealth.

From source to legacy

The rise of entrepreneurial wealth and the shifting centre of economic power have profound consequences for the way in which wealthy individuals plan for the future and think about a legacy for their wealth. As inherited wealth declines and as fortunes are made at a more rapid rate than ever before, the challenges facing newly wealthy individuals and families around planning for the future become more pressing and acute.

As wealth rises and fortunes are made at a more rapid rate than ever before, the report explores how the challenges facing newly wealthy individuals – and families that need to plan for the future – have become more acute.

al khaliji to Donate QR1 to Charity from Every Transaction

What to See and Do in Al Wakra