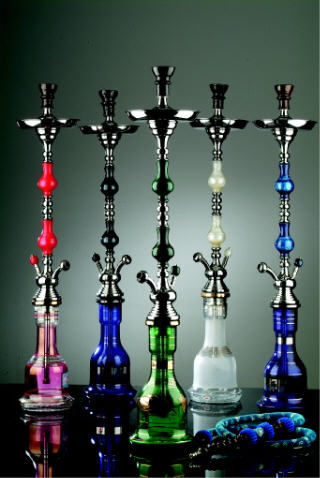 The Second International Conference on Water-Pipe Tobacco Smoking (Shisha) Research will start tomorrow with over one hundred consultants and specialists from within Qatar and around the world attending.

During the two-day workshop, being hosted by Hamad Medical Corporation (HMC), Dr Hajar Ahmed Albinali, former Minister of Health and Director of HMC’s Cardiology Department, will deliver the opening lecture on ‘Smoking and Cardiovascular Diseases‘. Dr Tawfiq Bin Ahmad Khowja, Director-General of the Executive Board of the GCC Health Ministers’ Council will also speak about ‘GCC Legislation and the Role of Media in Shisha Control’.

A pre-conference training workshop on ‘How to Write a Summary or Abstract for a Scientific Study Proposal’ was held yesterday with over 60 participants from Qatar, GCC, other Arab countries, USA and Europe. The training workshop was chaired by Professor Wasim Maziak from Florida International University (Syrian Center for Tobacco Studies).

Conference chairman, Dr Ahmad Al Mulla, HMC’s Head of Smoking Cessation Clinic, explained that the primary objectives of the workshop include to:

• describe and analyse ‘collision of two epidemics’ of water-pipe and cigarette smoking globally;

• review and synthesise scientific evidence of smoking epidemics on the health (biologically, physiologically, socially and economically) and on public policy determinants;

• build capacity in research on tobacco use particularly in the Eastern Mediterranean Region;

• promote wider regional presence at the Sixteenth International Conference for Smoking Cessation to be held under the theme: ‘Smoking or Health?’ in Abu Dhabi in March 2015.