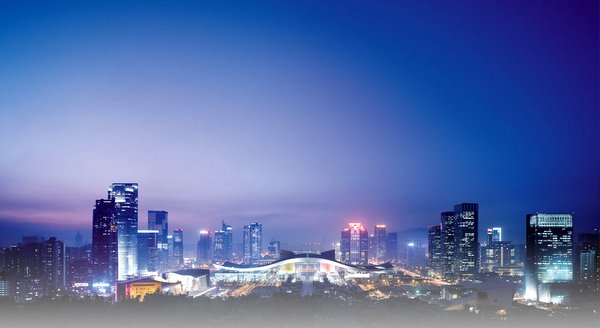 Having Shangri-La on board is a major win for us. It reflects our focus on becoming a major force in the hospitality industry. This is a reflection of the policy of HH The Father Emir Sheikh Hamad bin Khalifa Al Thani and HH The Emir Sheikh Tamim bin Hamad Al Thani, which has been a key factor in the multi-industry boom Qatar is now witnessing.’

The five-star Shangri-La Hotel will be centrally located in the commercial heart of Doha, offering direct access to the prestigious shopping and entertainment of the Doha City center complex. Merely 300 meters away, the four-star Traders Hotel, Doha will cater to today’s business and leisure traveller, who is looking for simple, efficient, down to earth functionality. President and chief executive officer of Shangri-La International Hotel Management Limited, Greg Dogan, said:

The opening of both Shangri-La and Traders hotel in Doha reconfirms our commitment to expansion in the Middle East…our target is to build a regional presence and we are delighted to be opening two hotels in Doha in a prime location with such dedicated owners.’

Developed by Al Rayyan Tourism Investment Company (ARTIC), Shangri-La Hotel, Doha will have 272 luxurious guest rooms (from 48 square metres/516 square feet to 75 square metres/807 square feet) including 46 suites (from 96 square meters/1033 square feet to 288 square meters/3100 square feet), 42 serviced apartments and an exclusive Horizon Club. A variety of restaurants include a lobby lounge, The Den – a piano bar, Sridan – a Middle Eastern food souk, a Latin American restaurant called Fuego, Yabby – a seafood restaurant and Shanghai Club – a Chinese restaurant / lounge.  Recreation facilities include Shangri-La’s signature spa, CHI, The Spa at Shangri-La, while meeting facilities feature a grand ballroom of 840 square metres and complementary function rooms. In addition, the hotel will have a helipad on the top floor of the building to accommodate the arrival of VIP guests.

Both hotels will offer Shangri-La’s customary free wireless LAN and high-speed internet access throughout the facilities and guestrooms.

Hong Kong-based Shangri-La Hotels and Resorts, one of the world’s premier hotel companies, currently owns and/or manages more than 85 hotels under the Shangri-La brand with a room inventory of over 36,000. Over four decades the group has established its brand hallmark of ‘hospitality from the heart’. The group has a substantial development pipeline with upcoming projects in mainland China, Cambodia, India, Mongolia, Myanmar, Philippines, Qatar and Sri Lanka.