The forthcoming international football friendly between Spain, reigning European and World Champions and South American Champions, Uruguay at Khalifa International Stadium on Wednesday provides fans with a chance to watch two of soccer’s great teams in action. Fans are urged to purchase their tickets for the game now to avoid disappointment.

It has also been announced that Spain and Uruguay will partake in public training sessions on Tuesday 5 February at Khalifa International Stadium and the public are invited to attend to see their favourite stars in training. 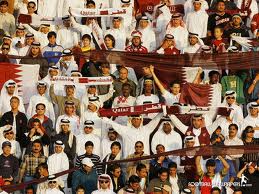 Timings: Free pre-match fan zone opens at 4 pm and kick off is at 9 pm

Citizens of GCC Countries Exempted from Quarantine in Qatar: MoPH

How to Celebrate Eid At Home