Qatar has one of the world’s largest reserves of natural resources, so at some point in your stay you will strike up conversation with someone working in the industry. But do you know your upstream from your midstream and downstream?

Qatar may be a small country, when talking about its land mass and population, but it has huge resources at its disposal.

Petroleum and natural gas make up the majority share of the national gross domestic product (GDP), and these resources have made Qatar one of the richest countries in the world, with a fast growing economy. 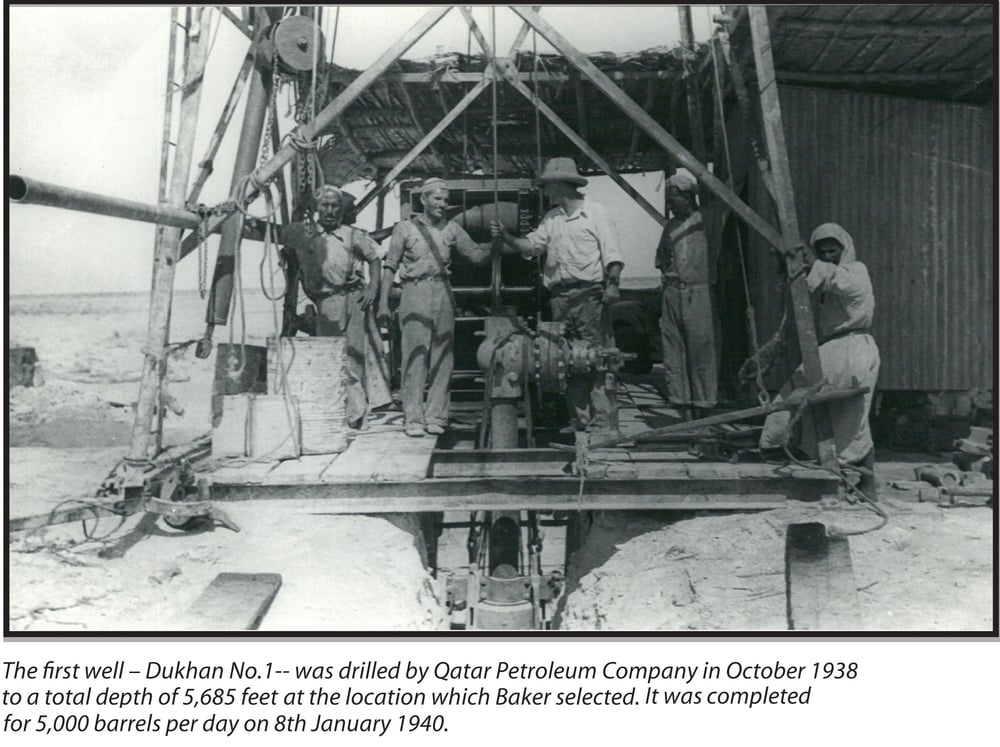 Oil exploration began at the Dukhan field located 84 km west of Doha in 1935, with the first well drilled in 1940 and commercial exportation starting on 31 December 1949. Meanwhile, crude oil and associated gas from the offshore Maydan Mahzam and Bul Hanine fields began production in 1965 and 1972, respectively. These fields are under the governance of Qatar Petroleum (QP), the national oil company which oversees all of the state’s oil and gas resources.

Qatar is currently a member of the Organization of the Petroleum Exporting Countries (OPEC), a permanent, intergovernmental organisation, created at the Baghdad Conference in September 1960 by five Founder Members: Iran, Iraq, Kuwait, Saudi Arabia and Venezuela. However, Qatar has recently announced that its withdrawing from OPEC, effective 1 January 2019. A member since 1961, Qatar is ending its 57-year relationship with the world’s leading oil producing bloc of nations.

The oil and gas industry is essentially divided into three main sectors. The exploration and production of oil and gas is referred to as upstream. It is the search for potential underground or underwater crude oil and natural gas fields, drilling of exploratory wells, and subsequent drilling and operation of the wells that recover and bring the crude oil and/or raw natural gas to the surface. The transportation, storage, and wholesale marketing of crude or refined petroleum products is referred to as midstream. Turning crude oil and natural gas into everyday products is known as downstream, giving us such things as gasoline, diesel, kerosene, jet fuels and asphalt.

Oil and gas companies use seismic data to identify areas that may contain reserves, which may be both onshore and offshore. An exploratory well is then drilled to locate proven reserves (Qatar has the third largest natural gas proven reserves). If oil and gas are discovered a development well is drilled for extraction. If a well is found to be incapable of producing either oil or gas in sufficient quantities to justify completion, it is referred to as a dry hole and is plugged and abandoned, filled with cement and all surface equipment removed.

A derrick is the tower‑like structure housing most of the drilling controls. It is used around oil wells and other drilled holes, and is a complex set of machines specifically designed for optimum efficiency, safety and low cost. A rig is a derrick with an engine‑house and other necessary equipment. The rigs operate 24/7 with crews working in shifts. Generally the bigger the rig the deeper it can drill.

A blow-out preventer is used to avoid uncontrolled releases, when the well pressure exceeds the ability of the wellhead valves to control it. Similarly precautions are taken for such things as sour gas wells, which may release toxic fumes. Safety and environmental issues are of paramount concern, for staff working on the rig as well as nearby residents.

A somewhat controversial activity, fracking is slang for hydraulic fracturing and creates fractures in rocks and rock formations by injecting fluid into cracks to force them further open. Fractures can also exist naturally in formations, and both natural and man‑made fractures can be widened by fracking. As a result, more oil and gas can be extracted from a given area of land.

The underground formation where oil and gas has accumulated is a reservoir. It consists of a porous rock to hold the oil or gas, and a cap rock that prevents its escape. Recoverable reserves is the proportion of the oil and gas in a reservoir that can be removed using currently available techniques.

Associated gas is natural gas found as part of, or in conjunction with, other oil constituents, whereas non‑associated gas is produced from gas fields which do not produce any crude oil.

The production process involves extracting and separating the hydrocarbons and other components for sale to consumers and discarding what cannot be sold or reused. Oil is generally handled at a refinery while natural gas may be processed either in the field or at a natural gas processing plant. The main products of the oil and gas industry are petroleum (gasoline) and fuel oils.

A barrel is the unit of measurement for petroleum products and contains 159 litres. Barrels per calendar day (b/cd) are the total number of barrels processed in a refinery within a year, divided by 365 days, whereas barrels per stream day (b/sd) are the number of barrels that a refining facility can process within 24 hours, operating at full capacity under optimal conditions.

The refinery capacity is the maximum amount of input to crude oil distillation units that can be processed in an average 24 hour period – the QP Refinery has a capacity of 137,000 barrels per day (bpd) of refined products, while the two Laffan Refineries have a capacity of 292,000 bpd.

Crude oil is a naturally occurring, unrefined petroleum product composed of hydrocarbon deposits which must be refined to produce various usable products. It is heated and changed into a gas, whereby the hot gas passes through a distillation column, becoming cooler as it rises and condenses into a liquid.

These liquids separate at different levels in the distillation column – heavy residuals at the bottom, diesel fuels in the middle and gasoline at the top. These raw materials are sent for further processing to make a number of different products.

Natural gas is a mixture of hydrocarbon compounds and small quantities of various non‑hydrocarbons existing in the gaseous phase or in solution with oil in natural underground reservoirs. Natural gas may require separation from oil (if associated gas) along with the removal of any condensates and water, and is usually done at the wellhead. Pure natural gas is almost all methane.

Natural gas is measured by volume in cubic feet and is treated at a liquefaction and purification facility known as a train, so called because the liquefaction plant may consist of several parallel units arranged in a sequential manner. Qatargas operates 14 LNG trains and plans to increase production from its giant offshore North Field by 40%, from 77 to 110 million tons a year by 2024.

Natural gas liquids (NGLs) are reservoir gases liquefied at the surface in lease separators, field facilities or gas processing plants. NGLs include ethane, pentane, propane, butane and natural gasoline and are a valuable by-product. There are four NGL plants in Mesaieed Industrial City.

For more information about the oil and gas companies operating in Qatar, see Company Activities in the Oil, Gas and Petrochemicals section in the Marhaba Information Guide.

Review: Enjoy the Sunset with Brunch at Shanghai Club

Qatar Joins WHO Meet on Delivery of Care for Older Persons

Hotel Venues for Meetings and Events in Qatar