Tune in each week as Marhaba delves into the wonderful world of popular culture to find the best new TV series, movies, books, and music.

Landing on Disney+ on May the Fourth, also known as the official Star Wars Day, is Star Wars: The Bad Batch. The streaming service has been instrumental in keeping the force alive, with a slew of new shows and movies. Star Wars: The Bad Batch takes place after The Clone Wars, the animated series in which the group of Republic clone troopers led by Rex was first introduced. You don’t need to be a diehard fan to enjoy this spinoff series, which will follow the Bad Batch on all manner of daring missions while trying to find a purpose in life. The excitement is strong with this new show.

GET THE POPCORN FOR THIS:

Monster is a new legal drama movie coming to Netflix on 7 May. It tells the story of Steve Harmon, a 17-year-old student and keen filmmaker from Harlem who faces life behind bars after being charged with felony murder. The movie was first aired at the Sundance Film Festival in January 2018 (under its previous name All Rise) with the distribution rights snapped up by Netflix in November 2020 to add to their increasing list of indie movies. It’s an emotional and empathetic movie featuring an all-star cast (Jennifer Hudson, Jeffrey Wright, Jennifer Ehle,  A$AP Rocky and more), following Steve as he battles the court system to prove his innocence, and is based on the award-winning novel by Walter Dean Myers of the same name. The film is produced by John Legend, Jeffrey Wright, and Nasir ‘Nas’ Jones.

SETTLE IN WITH A CUP OF TEA AND READ THIS: 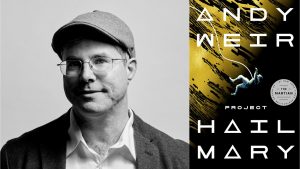 A few years ago, Andy Weir wrote his debut novel, The Martian, about a man who is stranded on Mars and needs to find a way to get home. Weir’s latest sci-fi thriller is Project Hail Mary, about a man who is the sole survivor on a last-chance mission to save humanity. This is no carbon copy of The Martian though. The man has awoken from an induced coma on a tiny starship, with two dead crewmates and no recollection of why he is millions of miles from home. His memories slowly return – he is Ryland Grace on his way to another solar system, he has to find the answers to prevent a cosmic catastrophe on Earth, and time is running out. This is an incredible novel, lauded by the likes of GRR Martin and Brandon Sanderson, no less.

CRANK UP THE VOLUME FOR THIS: 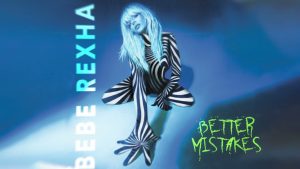 Grammy-nominated artist Bebe Rexha’s second album Better Mistakes will be released on 7 May, her first LP in three years. The 13 tracks include a number of collaborations, including lead single Baby I’m Jealous with Doja Cat, and Break My Heart Myself featuring Blink-182 drummer Travis Barker. ‘My album is based off of honesty and vulnerability and insecurities and speaking upon those insecurities. it’s very strong, ‘ Bebe Rexha has said of the album. ‘It’s the best project I have ever worked on.’

‘Good Vibes Only’: A Look at Unseen Stories During the Pandemic

Cirque Du Soleil’s Dralion Performers are in Town for The Weekend!