Patients with both Type 2 diabetes and acute heart failure face a significantly lower risk of death but a higher risk of heart failure-related hospitalisations if they had high systolic blood pressure on discharge from the hospital compared to those with normal blood pressure, according to a study led by a researcher from Weill Cornell Medicine-Qatar (WCM-Q).

Systolic blood pressure is the top number in blood pressure readings and indicates the amount of pressure exerted on artery walls when the heart beats. It is measured in millimetres of mercury (mmHg) and is often used as a marker for cardiovascular risk.

Doctors typically prescribe medications and lifestyle changes as needed to lower blood pressure to a recommended range in patients with Type 2 diabetes. Although the study results show significantly better survival among patients with higher systolic blood pressure, Dr Charbel Abi Khalil, assistant professor of medicine and genetic medicine at WCM-Q and cardiology consultant at Hamad Medical Corporation’s Heart Hospital noted that further studies, such as a randomised controlled trial, would be needed before changing medical guidelines for managing blood pressure for patients with both Type 2 diabetes and acute heart failure.

Dr Abi Khalil said the findings echo other studies in which cardiovascular risk factors have been linked with outcomes that seem counterintuitive. For example, higher body mass index, which is usually associated with worse health outcomes in people with heart disease, is linked with better survival in patients with Type 2 diabetes and heart failure, leading to the notion of an ‘obesity paradox’.

Although the study shows association and not cause and effect, Dr Abi Khalil pointed to several factors that might help explain the findings. One is that patients with Type 2 diabetes, heart failure and high blood pressure could be more likely to regularly visit cardiologists and diabetes specialists; this frequent follow-up could facilitate the successful implementation of treatment regimens and allow early diagnosis of other health problems that might arise.

The study was an analysis of the Gulf-CARE registry, which is conducted under the auspices of the Gulf Heart Association and funded by Servier, a French pharmaceutical company. Dr Abi Khalil’s lab is funded by the biomedical research programme at WCM-Q, a programme funded by Qatar Foundation, and by NPRP grants from the Qatar National Research Fund (a member of Qatar Foundation).  The findings presented are solely the responsibility of the authors. 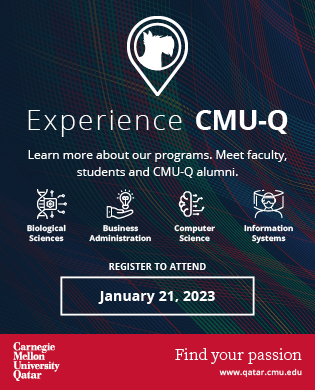