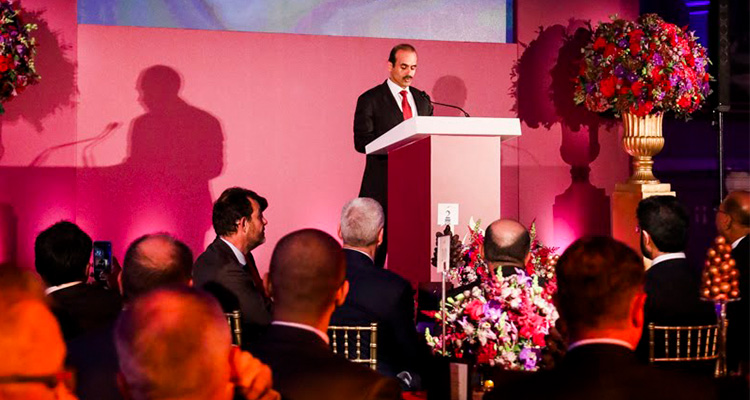 Under the patronage of HE Saad Sherida Al Kaabi, the Minister of State for Energy Affairs and President/CEO of Qatar Petroleum, South Hook LNG Terminal celebrated its 10th anniversary at a special event in London.

The event was attended by officials from Qatar and the United Kingdom, led by HE Yousef Ali Al Khater, Ambassador Extraordinary and Plenipotentiary of the State of Qatar to the Court of St James, and by senior executives from Qatar Petroleum, Qatargas, ExxonMobil and Total.

Located on the Pembrokeshire coast near Milford Haven in Wales, the South Hook LNG Terminal was commissioned in 2009 and has the capacity to provide up to 20% of the United Kingdom’s need for natural gas.

HE Saad Sherida Al Kaabi hailed the historic relations between Qatar and the UK and stressed the importance of the market to Qatar’s LNG.

The United Kingdom is a very important market for Qatar LNG, as it offers a friendly and attractive business environment, and a stable regulatory framework. This is driven by the long and historic relations that tie our two countries and people, on many levels and across all walks of life.’

Al Kaabi also stressed the importance of South Hook as an essential tool for local development.

As Qatar Petroleum and its partners made significant investments to develop the import and regasification facilities in South Hook, the terminal itself became a provider of stable local jobs, and a supporter of local communities, businesses and services.’

The minister also expressed pride to be part of the landmark terminal. He said that the South Hook Terminal is a strategic investment that supports the security of energy supplies to one of the world’s most dynamic and vibrant economies. It brings warmth to homes and energy to businesses, and drives industries and innovation.

The South Hook LNG terminal became commercially operational in March 2009 with the arrival of its commissioning cargo on board the QFlex class LNG carrier ‘Tembek’. In May of the same year, the terminal was officially inaugurated, in the presence of the Father Amir, HH Sheikh Hamad bin Khalifa Al Thani, the Amir of the State of Qatar at the time, and HM Queen Elizabeth.

Minister Al Kaabi also met with Ed Lister, the Chief Strategic Adviser of the British Prime Minister in London. Discussion during the meeting dealt with a number of issues related to UK-Qatar bilateral relations and ways to enhance them, and cooperation in the field of energy. 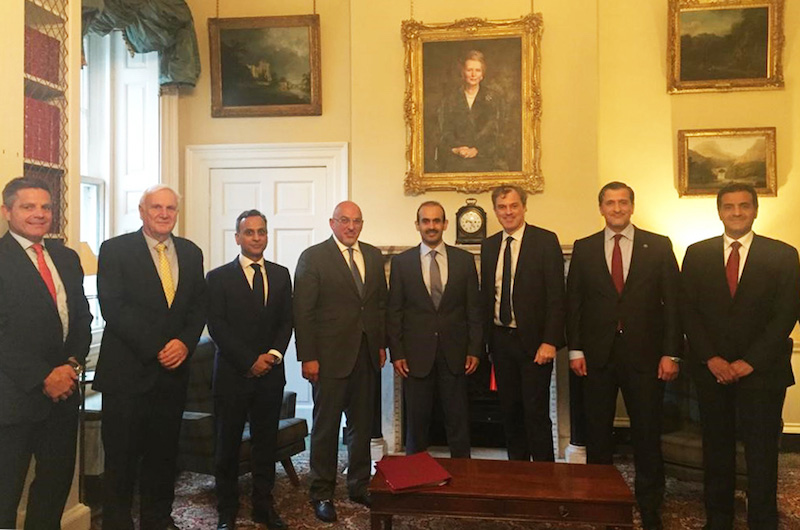 For more information about Qatar Petroleum, visit their website at qp.com.qa.