Statistics and indicators from MOI for 2018 showed a significant reduction in the rate of criminal offences committed during 2018 per 100,000 people, with 0.4 recorded murder, a decrease of 95% from the global rate of eight cases.

The security indicators were very positive and exceeded the global proportions.

Statistics also revealed that the total number of crimes in 2018 decreased by 2.4% compared with 2017. 88.3% of the total crimes committed in 2018 were minor crimes, such as check cases, violations and non-criminal quarrels. 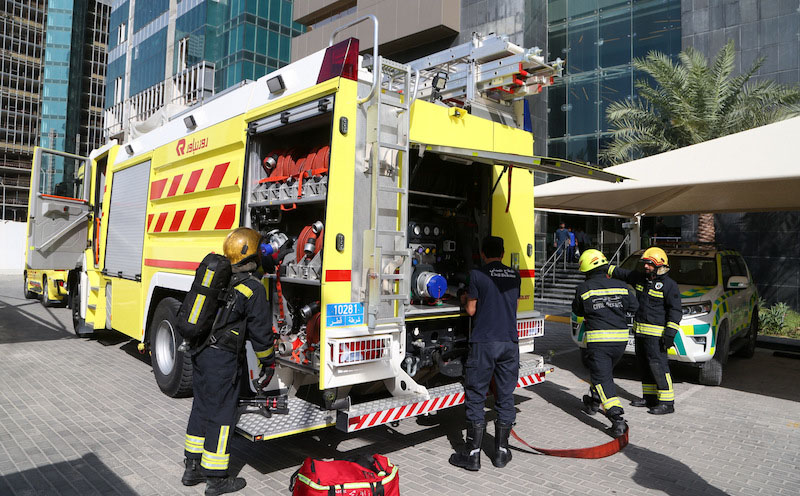 In addition, MOI has also developed its performance level efficiently and effectively through training programmes for its human resources. The indicators showed capacity building and upgrading of skills of 30,000 employees at the work place and the enrollment of 2,000 employees annually in internal and external courses.

This has resulted in raising the level of their skills and practical experience. MOI has also increased the number of their women employees by 5%. Indicators showed an increase in the percentage of job satisfaction among MOI female staff to 90%. In addition, MOI also reserves a large number of office posts for people with special needs.

Emergency call service 999 registered 2,447,015 calls, while application for visas and transfer of sponsorships reached 767,069. Building permits were issued for 89,755 applicants, while 71,497 new vehicles were registered and 53,780 certificates of good conduct issued.

The Medical Services Department of MOI provided medical services to 701,654 patients, and the Civil Defence Department of the Ministry extinguished 1,922 fire incidents and carried out 1,203 rescue and relief operations. The percentage of public satisfaction over the services of the Ministry’s departments was 90%, and 90% of the public complaints were resolved within five days after the complaint was filed.

Public awareness in terms of programmes, activities and initiatives implemented by MOI increased by 5%. Students and expatriate workers who took awareness programmes under the Ministry each increased by 10%.

For updates and more information about MOI services, visit their website through this link.