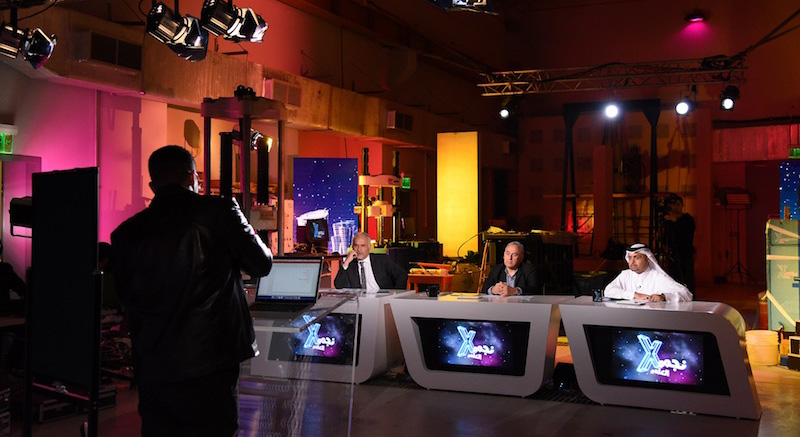 Celebrating a decade of Arab innovation, Qatar Foundation’s Stars of Science is returning to screens across the region and the world, with the leading pan-Arab innovation ‘edutainment reality’ TV show kicking off its 10th season this Saturday, 22 September on Al Rayyan Satellite Channel.

The show, first broadcast in 2008, has cast the spotlight on the pace of innovation in science and technology across the Arab world. The latest season will be available on multiple channels throughout the region. It can also be viewed with subtitles on the ‘Stars of Science’ website, and on YouTube.

The ten-episode season will introduce viewers to cutting-edge innovation and the people behind them. From information technology to sustainability, young contestants on the show share one mission – to develop practical solutions to regional challenges. QF Media Relations Manager Khalifa Essa Al Kubaisi said that initiating a leading forum of innovation that provides Arab youth with the tools and knowledge they need to succeed has, and still is, the driving force behind Stars of Science.

It is our shared responsibility to support rising innovators and inspire Arab youth by connecting them with positive role models. The success of Stars of Science can be measured by the millions of young people it has encouraged to dream big, through their exposure to the show and its inspirational alumni. It has proven its substantial impact and will continue to do so in the years to come.’

The casting period of Stars of Science will see hundreds of hopefuls pitch their ideas, and, once selected, the top nine candidates – mentored by experts and Stars of Science alumni – will enter the prototyping and customer validation rounds. Eliminations based on jury feedback will take place across the following episodes, before four finalists compete to win a share of $600,000 for seed funding.

Stars of Science alumni – such as last year’s winner Fouad Maksoud from Lebanon – are change-makers who aim to leave an impact on their communities, their countries, and beyond. Over the past ten years, 131 of the show’s alumni have raised $14 million in revenue, crowdfunding and research grants.

Many Stars of Science innovators have gone on to pursue their academic education, while almost 60% have gone on to start businesses and are currently contributing to their local communities through talks and other outreach activities. Accustomed to hard work, and passionate about problem-solving, they are each paving the way for future generations of innovators as inspirational Science, Technology, Engineering, and Math (STEM) ambassadors and role models.