During a meeting chaired by UDC Chairman: HE Turki bin Mohammed Al-Khater, the Assembly approved UDC’s financial statements for the year ending 31 December 2018 and appointed KPMG as the Company’s external auditor for 2019. 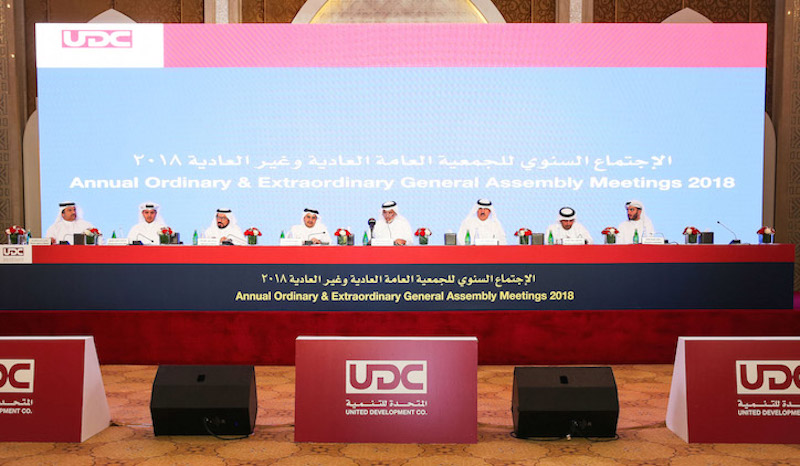 The meeting elected 6 new members to UDC’s Board of Directors, representing the private sector, for the period 2019 – 2021:

Three seats have been allotted to board members representing the State of Qatar:

The Extraordinary General Assembly also approved the amendment of the Company’s Articles of Association as directed by the Qatar Financial Markets Authority to split shares and authorised UDC’s Chairman to approve the amendment. 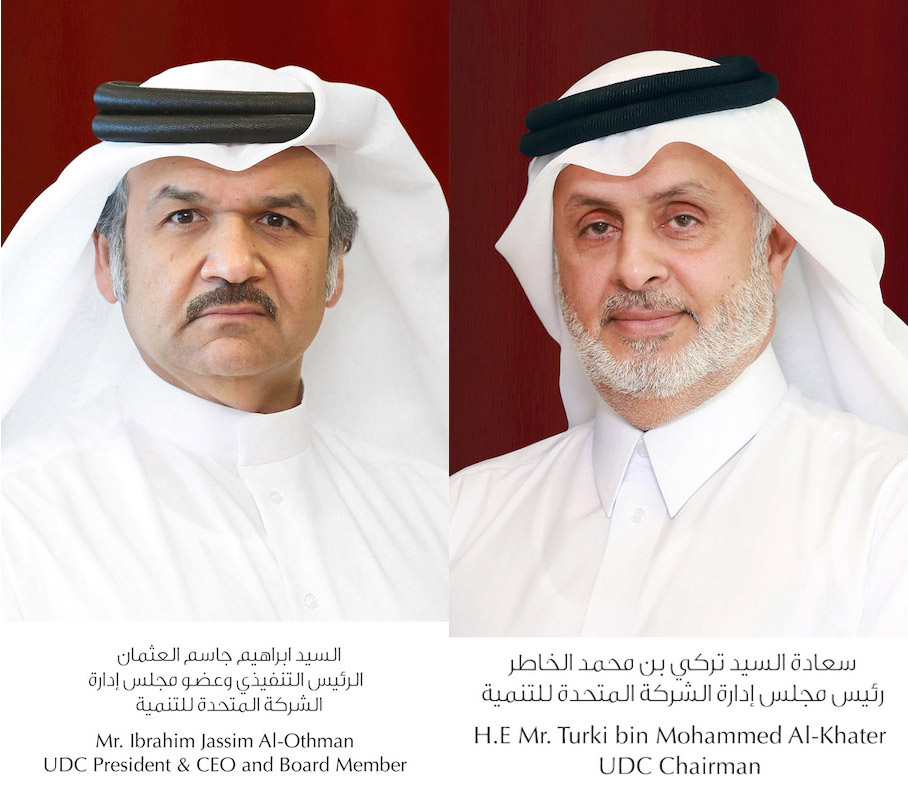 Elaborating on UDC’s 2018 activities and financial results, HE Al-Khater said:

The Company has achieved a net profit of QAR544 mn and total revenues of QAR1.6 bn. The net profit attributable to shareholders of the parent Company was QAR501 mn with basic earnings per share of QAR1.41. The financial results achieved amid challenging circumstances to demonstrate that UDC has embraced a viable business model that would enable the Company to sustain sound financial results during difficult times, given our flexibility to access diversified revenue streams from the sale of real estate and the rental of residential and commercial units.’

Al-Khater said UDC looks forward to completing its development projects in accordance with its future plans, which feature QAR5.5 bn worth of investments during the period 2019-2023, reflecting the Company’s strong commitment to the development of sustainable projects in Qatar. HE Al-Khater stated:

Ibrahim Jassim Al-Othman, UDC President and Chief Executive Officer and Board Member, said 2018 marked another successful year for UDC with the achievement of good financial results and the completion of numerous developments projects across The Pearl-Qatar:

The sound financial results for 2018 were driven primarily by a combination of the sale and lease of real estate properties, as well as cost efficiencies. Several cost optimisation initiatives were implemented this year that resulted in UDC attaining more favourable terms for its supplies, and realising other cost efficiencies.’

UDC’s success was evident in the number of vehicles entering The Pearl-Qatar, which increased from 11 mn in 2017 to 13 mn in 2018.

Posted On 23 May 2018
Banking, Business and Economy

Opportunities Now Open for Local and Foreign Investors at The Seef, Lusail