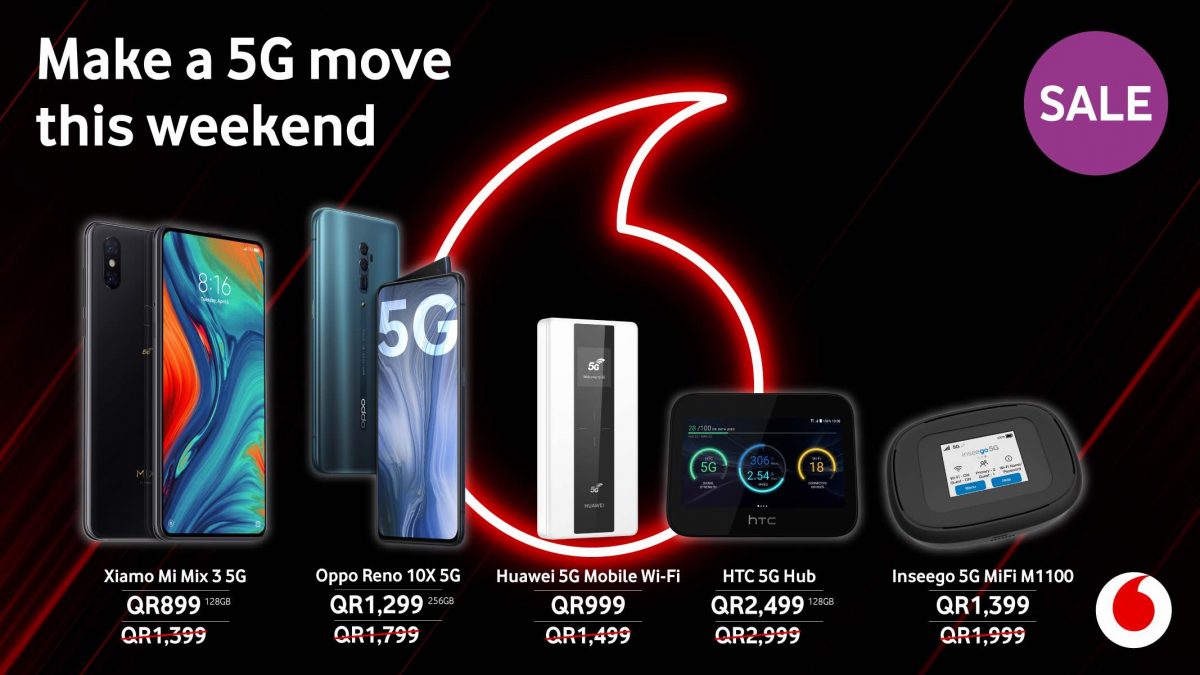 Vodafone Qatar announced that a fantastic selection of devices, including a range that are 5G enabled, will be on sale during the much awaited mega sales starting this weekend.

Customers can get more value for money on a fantastic choice of smartphones, MiFis and routers and pair them with Vodafone Qatar’s reliable world class GigaNet network.

In addition to covering 75% of Doha with 5G, Vodafone Qatar has extended 5G coverage to other areas outside Doha such as Al Khor, Al Wakra and a number of camping areas in Sealine.

The devices featured in the promotion include:

The promotion runs from 26-28 November and is valid for purchases made via Vodafone’s e-Shop and in Vodafone’s retail stores.

Qatar Visa Centers in India to Reopen on 3 December

Distance Learning and Teaching: Between Need and Effectiveness